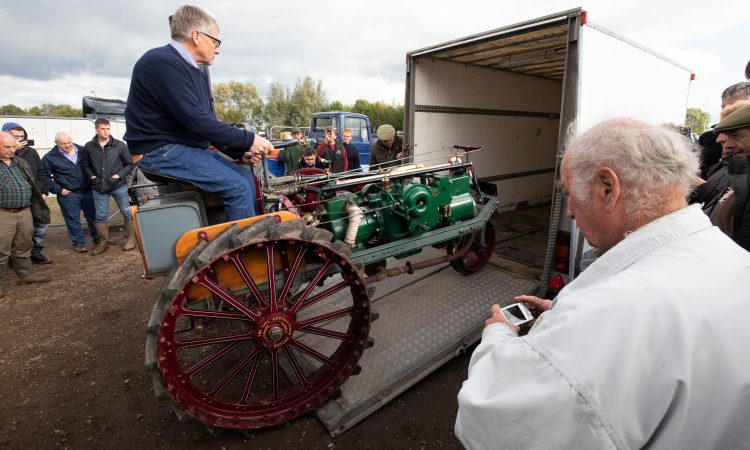 According to Cheffins, this two-cylinder, petrol-powered machine (serial number 131) is the “most important tractor to ever come to auction in the UK”. 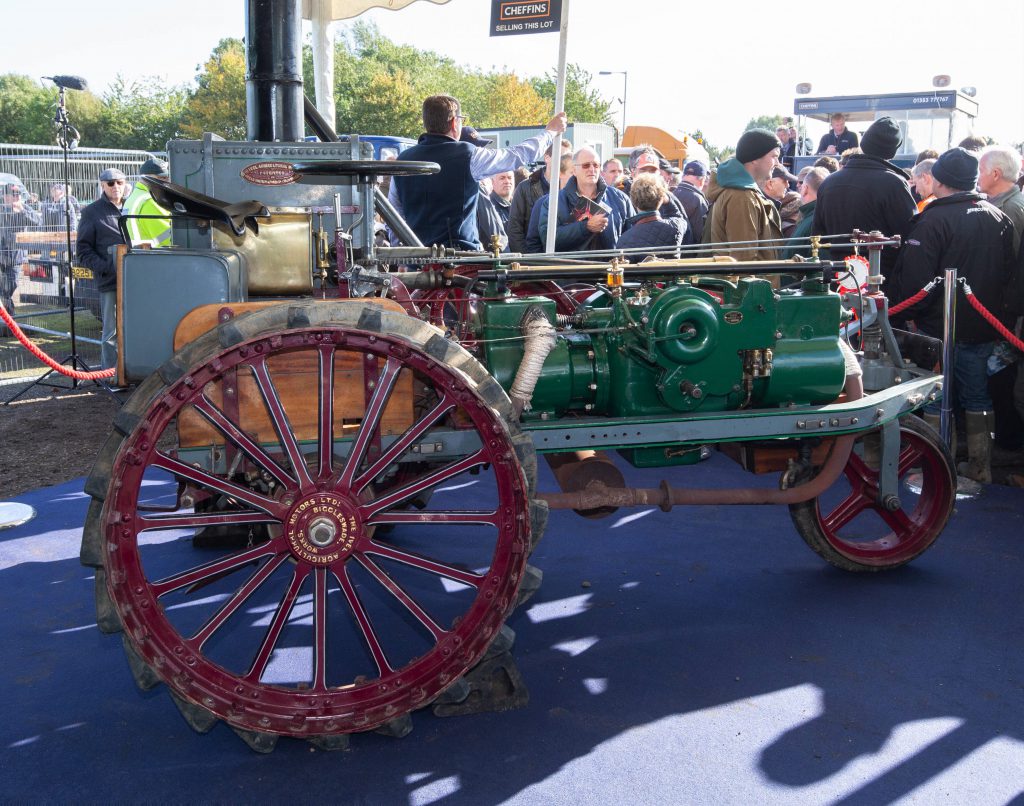 A spokesperson explained: “The Ivel ‘Agricultural Motor’ is an icon of its age and has been cited as one of the great British inventions. Just eight complete examples are known worldwide; four of those are in museum collections.

“Furthermore, this is probably the most famous and best known of all the survivors, having been in the ownership of a leading enthusiast – the late John Moffitt – whose ‘Hunday Collection’ led to the establishment of the National Tractor & Farm Museum in Northumberland [where the Ivel was the star attraction]. 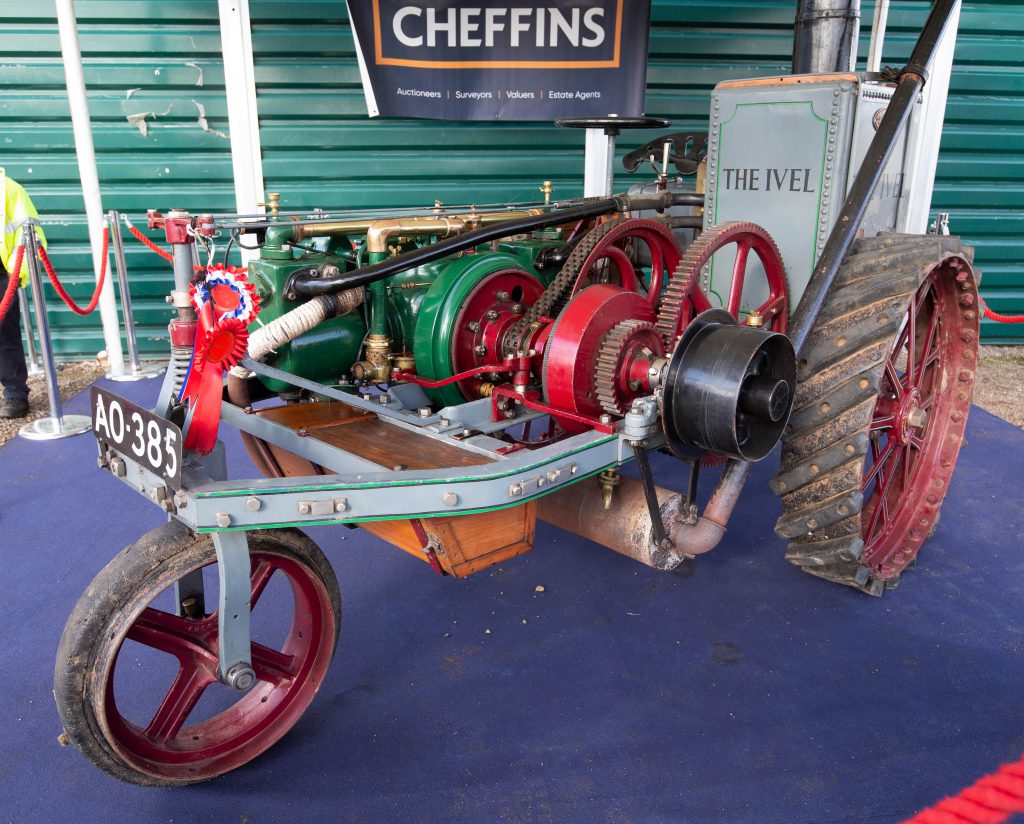 “Not only does this tractor have great provenance, it is also the oldest surviving example with the exception of the 1902 prototype preserved in the Science Museum collection at Wroughton.”

He added: “The provenance of ‘number 131’ is fully outlined in John Moffitt’s book – The Ivel Story – published in 2003.

“The book also documents the history of the company and the vision of its inventor – Dan Albone – and explains the machine’s importance as the first commercially-viable British tractor and the first to go into volume production.” 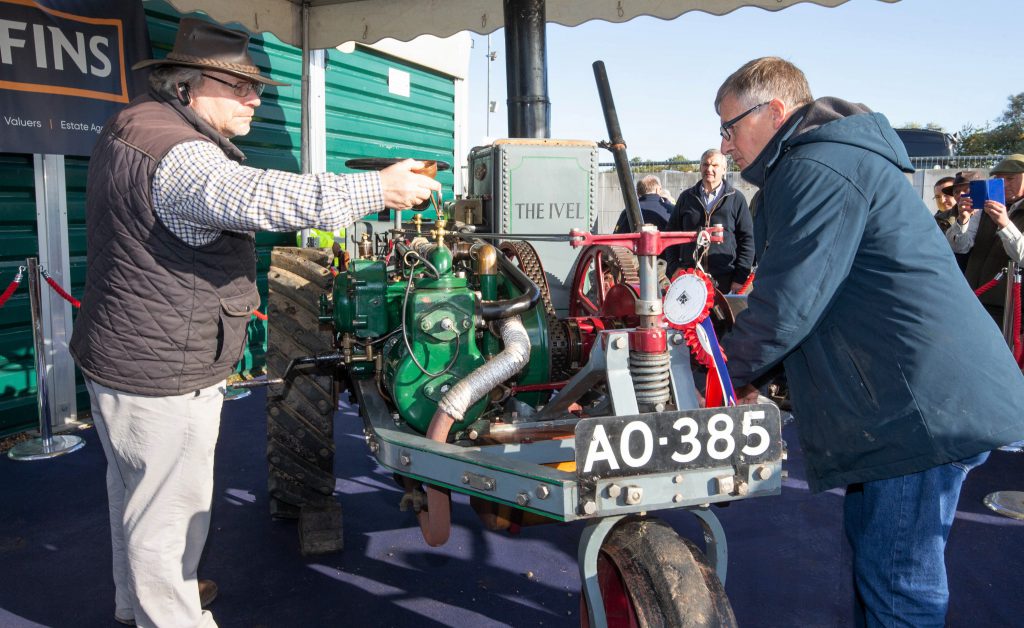 Within a short time, the Ivel ‘Agricultural Motor’ was being exported across the world. 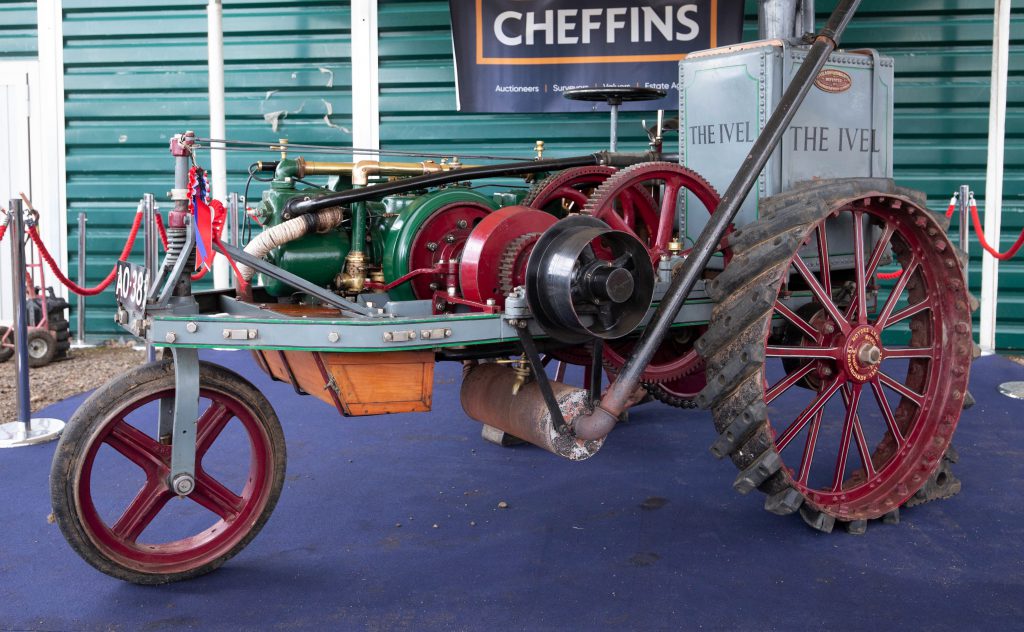 Its success looked assured, but a cruel twist of fate altered the course of events. On October 30, 1906, Dan Albone died from a seizure – brought on by being struck by lightning (while demonstrating his tractor at night in a thunderstorm).

His premature death at the age of 46 left the company in limbo.

Many of the planned future developments, including a bigger Ivel tractor, were shelved.

Ivel Agricultural Motors Ltd soldiered on making minor tweaks to the existing design, including switching the engine supplier from Payne to Aster – a French company.

However, sales began to dwindle. By 1920, Ivel Agricultural Motors Ltd went into receivership.