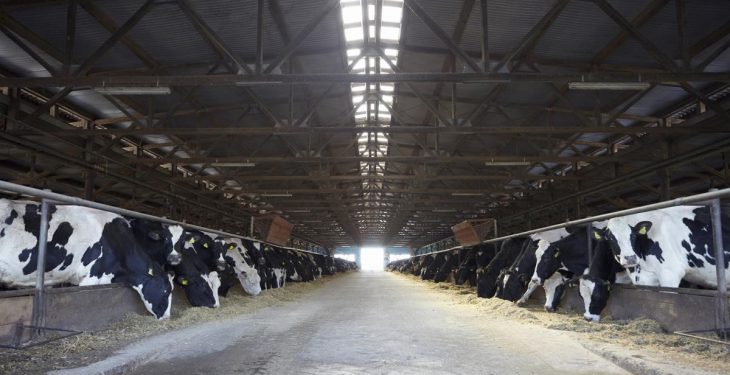 Australian milk production fell 11.4% in October and in the year-to-date (starting in July) overall production is down 10.3% on the same period last year.

October is the peak milk production month in Australia.

Milk production in Tasmania and New South Wales was back 13% and 3.8% respectively.

This year’s declines can be attributed to low milk prices and tougher conditions at this time of year.

Dairy Australia’s current forecast for the 2016/17 season is for a national milk production total around 9.06 billion litres, a decrease of 5%.

This forecast assumes a moderation of the year-on-year drop in the later half of the season, as lower costs, and better soil moisture pay dividends.

Meanwhile, the latest figures from the EU’s Milk Market Observatory (MMO) show that milk production decreased by 3% in September 2016 compared to September 2015.

This is the fourth month in a row that EU production has fallen after falls in June, July and August.

Last month, milk collection figures were down 1.9% on August 2015, while July and June production was down 1.4% and 2.3% respectively.

For the period January to September, production in the EU was up 1.5% on the corresponding period last year with Luxembourg, Cyprus, the Netherlands and Ireland recording the highest increases.

In September, the European Commission revised end of year production volumes downwards for the remainder of 2016.

Provisional production figures from the European Commission suggest that 2016 volumes will end 0.9% higher than in 2015.