Home » Machinery » Baling and wrapping: So good they chopped it twice…

Baling and wrapping: So good they chopped it twice… 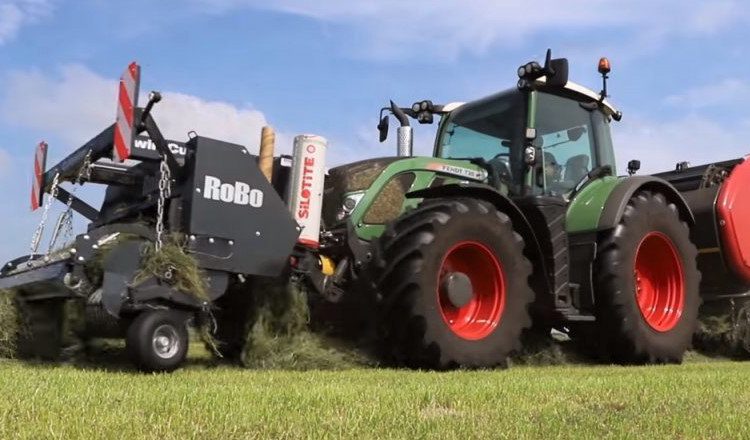 Czech outlet Agroportal24h reports that a Dutch contractor – Ronald Bos BV – is using an additional (front-mounted) chopping system when making silage with a round baler.

The home-assembled unit – dubbed the RoBo Twin Cut – enables the contractor to achieve shorter chop-lengths than would otherwise be the case.

In practice, the machine is mounted on the tractor’s front linkage – in this case a Fendt 720 Vario. As the tractor passes down each swath (windrow), the RoBo Twin Cut picks up, chops and drops the grass back onto the ground – where it’s then straddled by the tractor’s wheels.

The crop is then picked up by the round baler (in this case a ‘combi’ baler/wrapper – a Vicon FastBale) following behind.

This video (below) shows the RoBo Twin Cut in action.

Of course, the baler has its own knives – so the grass is effectively chopped twice before being formed into bales.

According to Agroportal24h, the contractor says that the resulting bales are more dense and more suited to feeder wagons (diet feeders).

The RoBo Twin Cut reportedly has 14 knives – spread across its 3m working width. Agroportal24h also reports that the owner’s 200hp Fendt tractor has “no difficulties” powering the whole outfit.

In other baling news, Krone recently took the wraps off a bale-weighing system for all its Comprima X-treme ‘combi’ machines.

Installed on the wrapping table, the manufacturer says that the system “instantly determines the weight of the bale as its arrives on the table”. 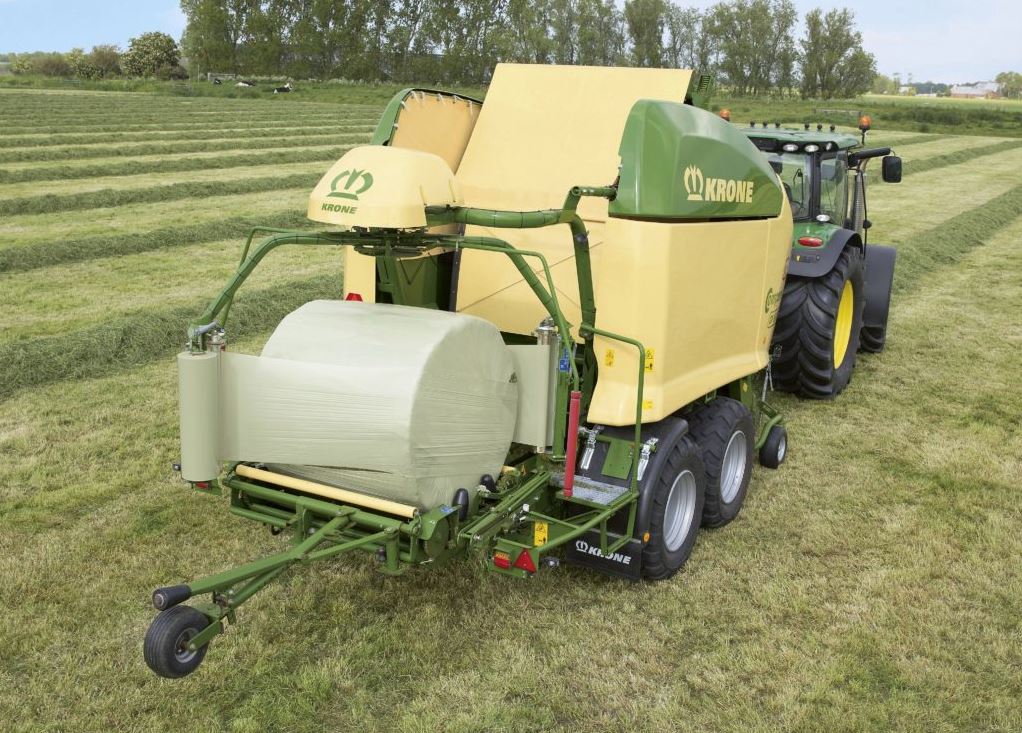 The reading is then displayed on the in-cab terminal (screen). Offering a reputed accuracy of ±3%, Krone says that the system is “equally beneficial for operators and customers”.

Storing the accumulated total bale weight in the system’s memory, the intention is to provide “clear information” at the end of the job.

Krone is at pains to point out that weighing systems have been available for BiG Pack (large square) balers and some forage wagons as far back as 2011.