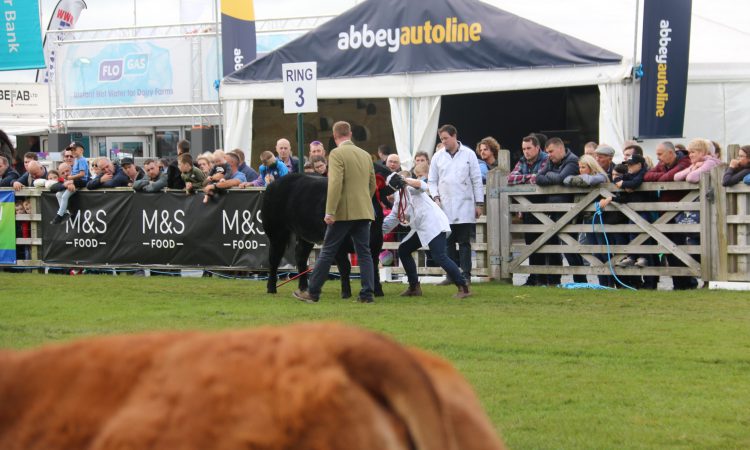 Several cattle have been taken home early from this year’s Balmoral Show after respiratory conditions, including pneumonia, were confirmed among the cattle lines.

A spokesperson for the Royal Ulster Agricultural Society, which organises the show, said: “The extremely mild autumn weather has led to some cattle developing mild respiratory conditions including raised temperature and a few cases of pneumonia in the cattle hall.

After consultation with vets, some exhibitors have decided to take their cattle home. The show’s senior vet has confirmed there is no evidence of anything serious and no cause for concern.

“The welfare of all animals at the show is always a top priority and this is in line with the show’s protocol.

“The number of cattle forward for the Saturday classes is expected to be less but we are grateful for the exhibitor’s support in enabling us to run a show this year.”

It’s not yet clear how many cattle have contracted illnesses, nor how many have been taken off the showgrounds.

Some of the young handlers have had to borrow animals for this morning’s classes.

Other cattle classes taking place today (Saturday, September 25) include the Exhibitor Bred Pairs Championship and Beef Group of Five Championship. The livestock parade, showing all of the class-winning cattle, was also due to take place at 3:00pm.

Tickets are still available online for the show’s final day and must be purchased in advance online.

Those who attend must either prove negative Covid status or bring evidence they have been vaccinated. Full conditions of entry can be found on the Balmoral Show website.