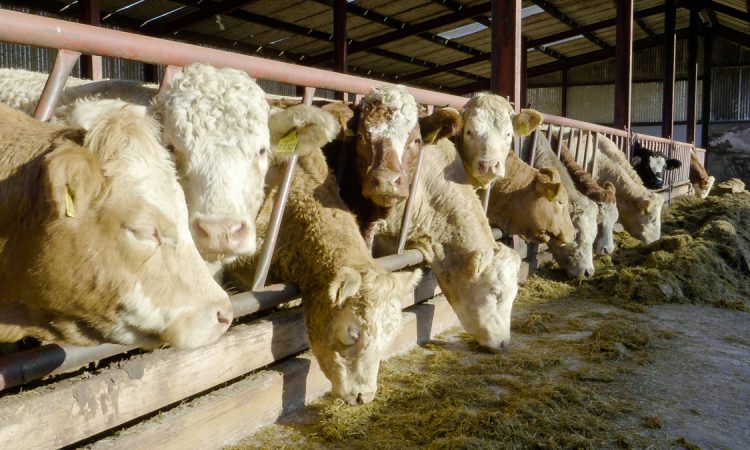 The week-on-week quotes for prime cattle in Northern Ireland are holding firm according to the Livestock and Meat Commission. Quotes for this week are also predicted to remain the same for steers and heifers.

Commenting on recent quotes offered by plants, the LMC stated:

With such a range in quotes for all types of cattle, producers are encouraged to shop around for the best deal and to use these base quotes as a starting point for negotiation.

Compared to the same week last year, the number of prime cattle processed for the week ending, February 21, is behind by 8.3% – as the killed amounted to 6,547 head, according to the LMC.

There was also a drop in the week-on-week kills of prime cattle by 292 head. The numbers of cows processed followed similar levels from the previous week, as 1,908 were slaughtered. In 2020, the figure for cows slaughtered tallied to 1,896 head during the equivalent week.

Cattle being imported from the Republic of Ireland for direct slaughter in Northern Ireland during the week-ending, February 21, consisted of 123 prime cattle and 71 head of cows.

Numbers travelling in the opposite direct for direct slaughter were considerably low, with only two steers and 16 cows being exported to the south.

The LMC have stated that to date for 2021, no cattle have travelled to Great Britain for direct slaughter.