Home » N.Ireland » Breed championship double for Co. Down breeder on day one of Balmoral Show

Breed championship double for Co. Down breeder on day one of Balmoral Show 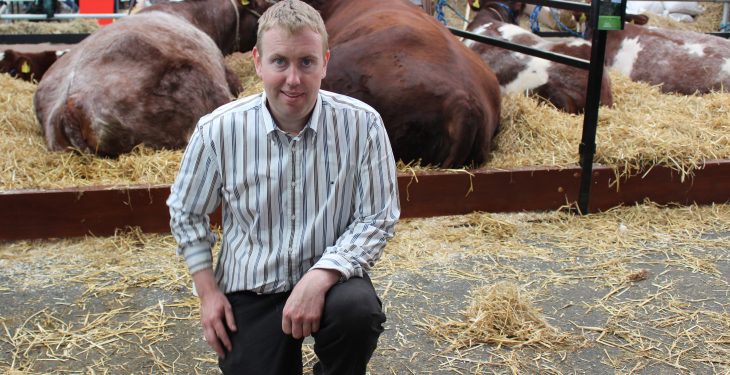 “This is the first time that we have achieved such a high level of success at Balmoral. The success coincides with our tenth year of breeding Shorthorn cattle.

“The Angus and Shorthorn herds complement each other fully,” Porter said.

Porter arrived at Balmoral with seven animals from each breed in tow. He won the Aberdeen Angus title with the senior bull Carlhurle Epic. He was bred in Scotland by Roy Grieve.

“We also came first in the two-year-old Angus heifer class and second in the yearling bull class,” he added.

“She is a former Highland Show Female Champion and just gets better as she gets that little bit older,” he said.

The Co. Down man also won the Junior and Reserve Junior Championship titles with two heifers; they came first and second in their respective qualifying classes. He also took the Senior Bull Reserve Championship title with Balgay Flint.

“We have 60 pedigree Angus cows and 65 Shorthorns. All the animals are spring calving.

We are looking at switching some of the cows to an autumn calving schedule. This will allow us to be better represented at the main pedigree bull sales.

“There is a growing demand for both Aberdeen Angus and Beef Shorthorn bulls at the present time. The ongoing premium for Angus beef is putting a strong base to pedigree sale prices,” Porter said.

The Royal Ulster Agricultural Society (RUAS) has confirmed a significant uplift in the number of beef cattle entries for this year’s event. 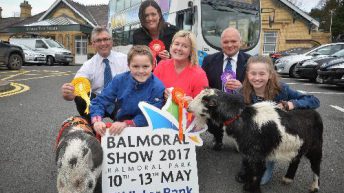 Four-day Balmoral Show aims to find favour with the punters 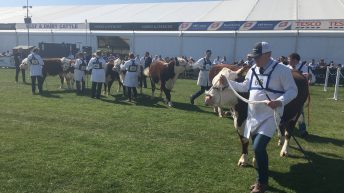