Some of the brightest young brains in Irish agricultural colleges are battling it out to debate some of the industry's most controversial topics today.

It's particularly challenging as the arguments debated by each team do not necessarily reflect their views.

Each member of each team must speak for four minutes; interrupting a speaker is not allowed but competitors can raise a question or make a short statement of fact.

The judging panel will include:

The first debate of the day - semi-final A - saw UCD and UL go head-to-head to hammer out whether 'vegan climate solutions will be the desserts of tomorrow'. Proposing was UL, and opposing, UCD.

But it was UCD which came out on top after undermining the avocado argument, claiming that avocados were not vegan-friendly. The team also argued that vegan solutions could work alongside farming.

"Just like not all heroes wear capes, not all vegans hate farmers," Owen from the UCD team concluded.

Semi-final B debated the motion 'The gender inequality issue in the agri-food industry has been solved'.

Proposing was WIT with DkIT opposing. 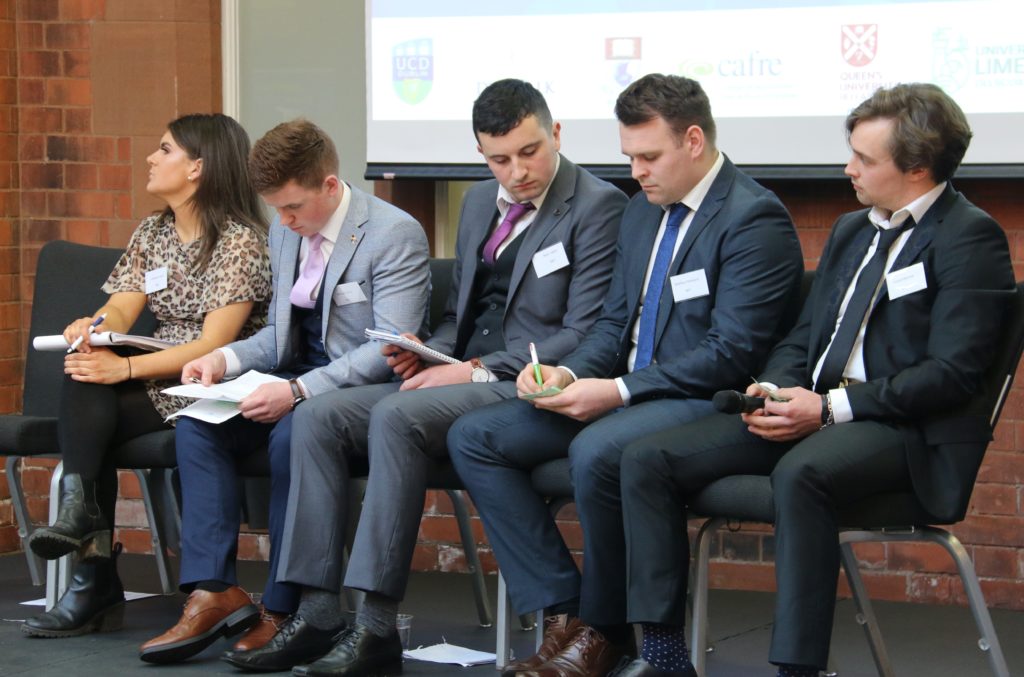 Both teams put forward personal experiences. Nicole from WIT said she had not encountered any challenges because of her gender as a young woman in agriculture and nor did she expect to.

Despite a great opening line - "a woman can do everything a man can do...only she can do it in heels too!" - Waterford took the edge in the argument.

Catherine Smith from DkIT took up the argument explaining the biggest challenge to overcome is unconscious bias.

"People always ask me how many girls are in my class because they don't expect it to be many," she said.

However, it was the argument of Waterford - that scholarship programmes and opportunities had already paved the way for women to take up top jobs in agriculture - that won over the judges.

UCD and WIT will go head-to-head in the final this afternoon.