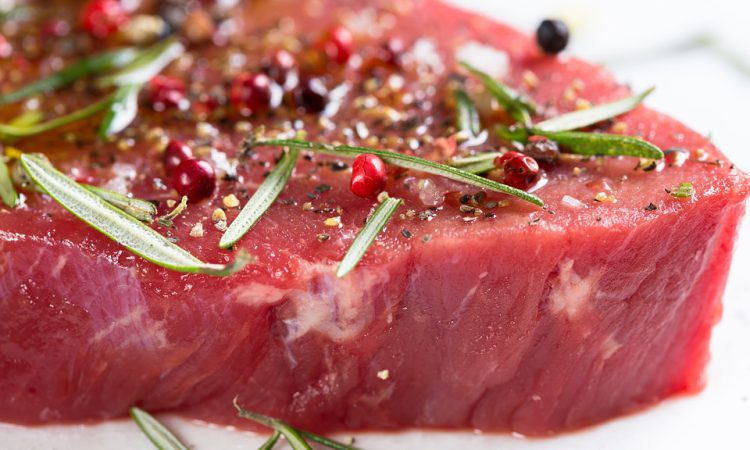 Winter lamb sales in Britain fell by 4%, according to the latest figures by the Agriculture and Horticulture Development Board (AHDB).

The figures compare sales in the 12 weeks to December 29, which includes the key Christmas period, to the year before.

The levy board explained that prices were 2% higher, softening the fall in spending somewhat.

In contrast, total beef sales were quite stable in volume terms, falling by less than 1% year-on-year. However, average prices were lower, and so spend declined by 2%.

Primary fresh and frozen lamb sales fell by more than the overall category, dropping by 6%.

Losses mainly came from chops/steaks and leg roasting joints while shoulder roasting volumes grew 5% while mince had growth of less than 1%. 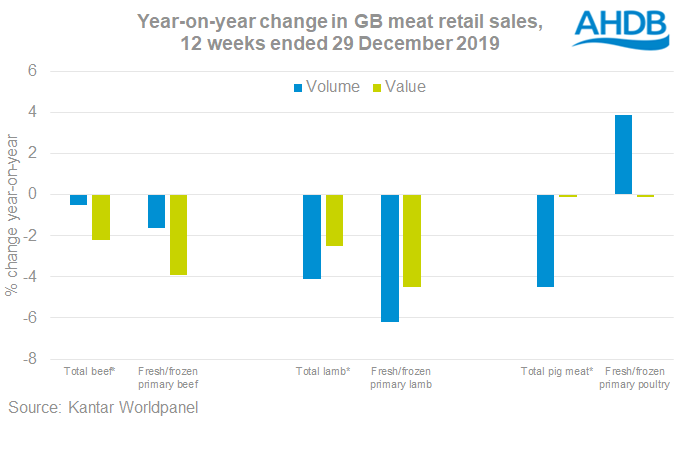 Within primary fresh and frozen beef, sales volumes still declined by 2%, driven by falls in roasting joints and mince. Steaks were boosted by 3.5% in volume, though this came with a fall in the average price of nearly 4%.

Looking at pig meat, sales fell by 4.5% in volume, compared to the year before. Total spend remained stable though, as average prices were up 4.5%.

Primary fresh and frozen pork recorded particularly significant losses in both volume (down 8%) and value (down 7%).

The biggest losses were across roasting joints, and chops and steaks. Bacon sales continued to slide with volume down 6%, though prices have recorded a strong 8% rise, which supported spend.

There has been some growth in bacon from premium and healthy ranges while standard tier sales suffered. 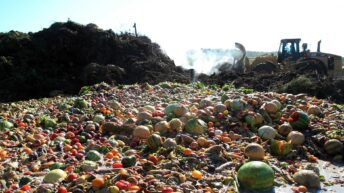