A newborn calf in Greater Manchester ended up in trouble after venturing into a boggy pond that had dried up in the hot weather and began to sink into the mud.

RSPCA inspector Ryan King was called out to Rochdale, Greater Manchester, to help the stricken calf.

He said: “An eagle-eyed tram driver had spotted the poor calf struggling as he drove into the Kingsway Park tram stop and alerted us.

“When I got down to the field it was clear to see the poor calf wouldn’t have been able to get himself free. He was tiny and very weak from struggling, and he was up to his neck in the thick, sticky mud. He was at risk of drowning in the mud.

I managed to get a towel under his nose to keep his head above the mud and water and make sure he could breathe while I set about freeing him.

Ryan put on his wellies and overalls and waded into the mud to pull him out. 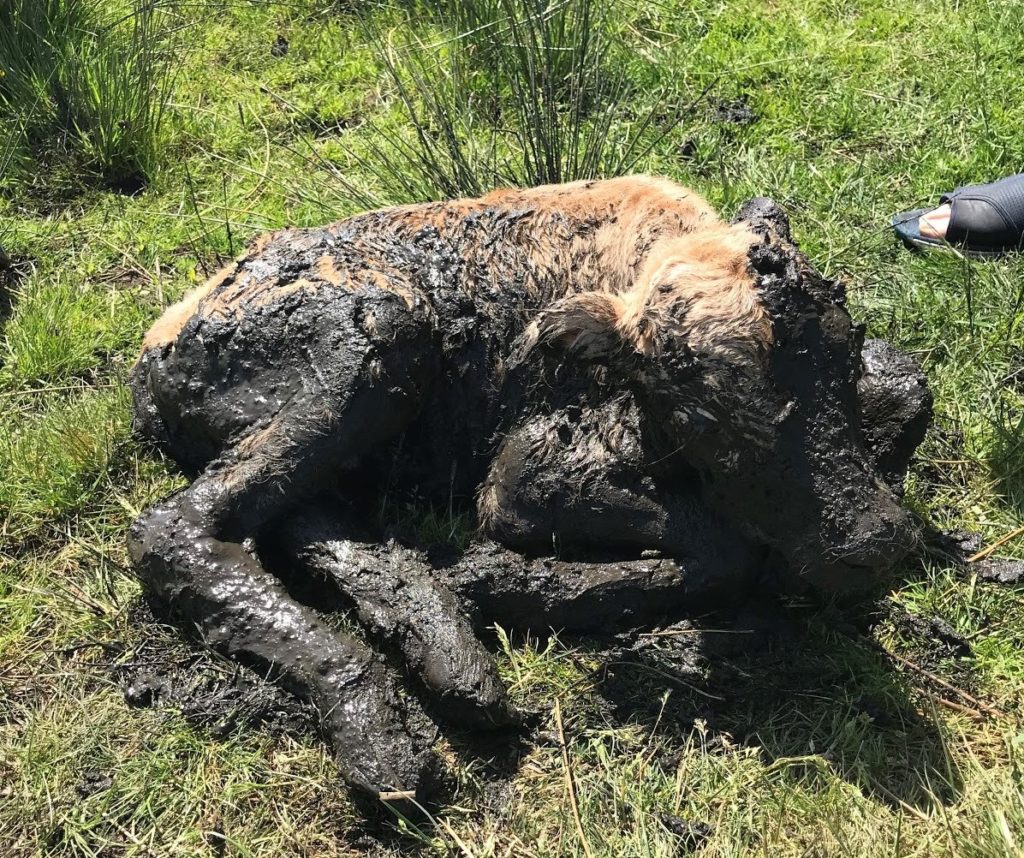 “I used the towel to feed it under his body and use it as a sling to carefully pull him free and then gently wiggled his legs out as they were stuck fast,” he added.

“Thankfully he was only little so I could pick him up and carry him out. Although he was exhausted and filthy, luckily the little calf was okay and the farmer took him back to the farm on the back of his quad bike to clean him up.

We later heard from the farmer that he’d had a bath and a bottle of milk and was safe and sound back at home.