Carnaross Mart, based in Co. Meath, hosted its monthly dairy sale last Wednesday (March 17), with the sale consisting of 110 lots being brought forward on the day.

The 110 lots were made up of freshly-calved cows and heifers - with all animals being export tested.

To get a bit of insight into the trade at the Royal county mart, AgriLand caught up with the auctioneer Michael Taaffe of Taaffe Auctions.

Commenting on the sale Michael said: ”The sale continued to meet the strong trade we’ve seen so far in dairy sales this spring - with our southern buyers being every bit as competitive as our northern buyers.''

''We had animals sold to farmers all over the country, including Mayo, Roscommon, Kildare, Wicklow, Northern Ireland and all across the north-east.'' 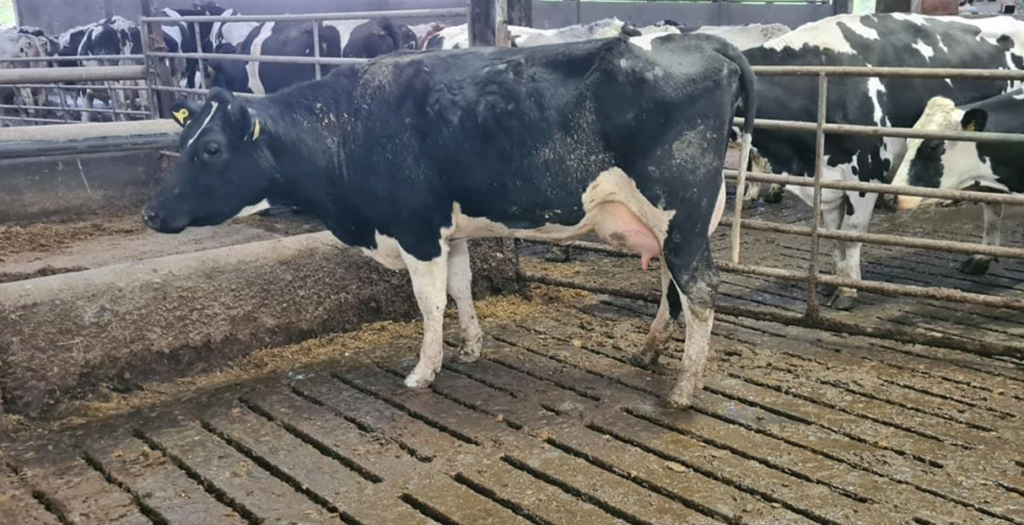 Dungannon Farmers’ Mart, based in Co. Tyrone, held its dairy sale last Thursday (March 18). Michael Taaffe was also the auctioneer for the sale.

Speaking on trade in Dungannon, Michael said: ''We saw another great sale, with the demand for high quality stock continuing. The six bulling heifers on offer reached a top price of 2,300gns, with an average price of 1,900gns.'' One gns is equivalent to £1.05 or €1.16.

The sale contained 189 lots put forward for auction on the day - with cows, heifers and bulls on offer.

''The top price of the day for the milking portion of the sale reached 4,100gns. This went to a 2018-born heifer called Newry Hotline U Barbie from the Newry herd owned by S.J. and C. Stevenson," Michael added.

Prices on the day: