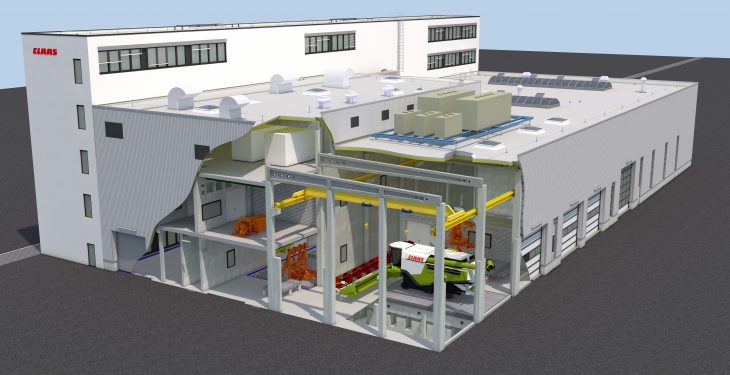 Machinery giant Claas will build a major new equipment test centre at its base in Harsewinkel, Germany.

The new facility will “significantly increase its testing capacities for the development of new agricultural machinery”, according to the company. It is scheduled for completion in autumn 2018. The total investment in the new centre is projected at over €15 million.

“We will merge the test laboratories at our Harsewinkel site into the new test centre; it will also enable us to expand our capacities and lower the dependency of our testing cycles on the harvest schedules,” said Oliver Westphal, Head of Validation at Claas.

“The test centre will be able to simulate a broad variety of climactic conditions encountered during harvests around the world. These simulations will help the engineers to assess the performance capabilities and reliability of the machinery – at an early stage of its development.”

The new centre will be equipped to test components for combine harvesters, forage harvesters and tractors.

“We exclusively test the functions and durability of the components in our machines. They are becoming increasingly complex, while at the same time needing to satisfy an increasingly large raft of statutory requirements,” explained Westphal.

“We do not test the quality of harvest [crop] flow here; there are other test facilities responsible for that.”

He claims that the new test centre will be state-of-the-art. “We will use 300kW electric drive units instead of diesel engines to test the transmission components,” added Ulrich Elfers, Project Manager (in charge of construction).

“The new test centre will also satisfy modern standards of energy efficiency. For instance, a heat recovery process will be installed into the test systems, so that a conventional heating system will not be necessary in winter, while a water system with heat exchangers fitted to the underfloor radiators will provide cooling in summer.”

The building will have total floor space of roughly 8,000m², of which half will be used for assembly, the laboratories and the actual test facilities. Adjacent to these areas will be over 200 workstations for test engineers and developers, as well as additional facilities.

Claas, which is still a family-owned business, was founded in 1913. The company’s corporate headquarters are located in Harsewinkel, Germany.

Claas employs 11,300 staff worldwide. Its turnover in 2016 amounted to a very considerable €3.6 billion. 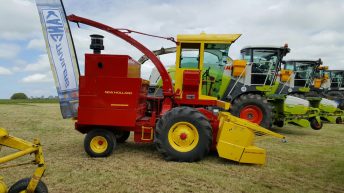 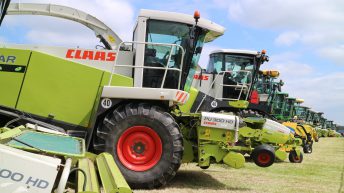