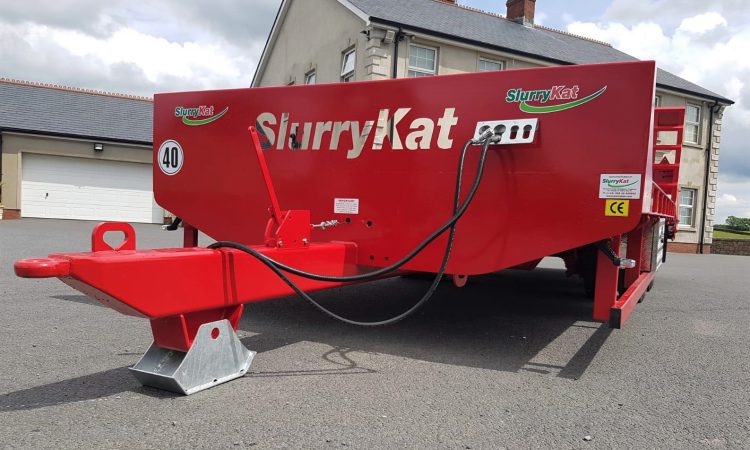 SlurryKat, based in Northern Ireland, has recently expanded its ‘Panterra’ range, with the introduction of a new line-up of trailers.

The Panterra range slots in below the company’s existing premium-spec trailers – the latter typically being aimed at contractors and other “intensive users”.

According to SlurryKat, the new trailers follow on from the release of the Panterra tanker range back in 2016. Those machines have apparently allowed the company to “double tanker production – not only with the addition of the Panterra tankers, but also by increasing sales of existing, premium-line machines”.

The new Panterra trailer range consists of two line-ups – low-loader trailers and drop-side (general-purpose) models (one of which is pictured below). 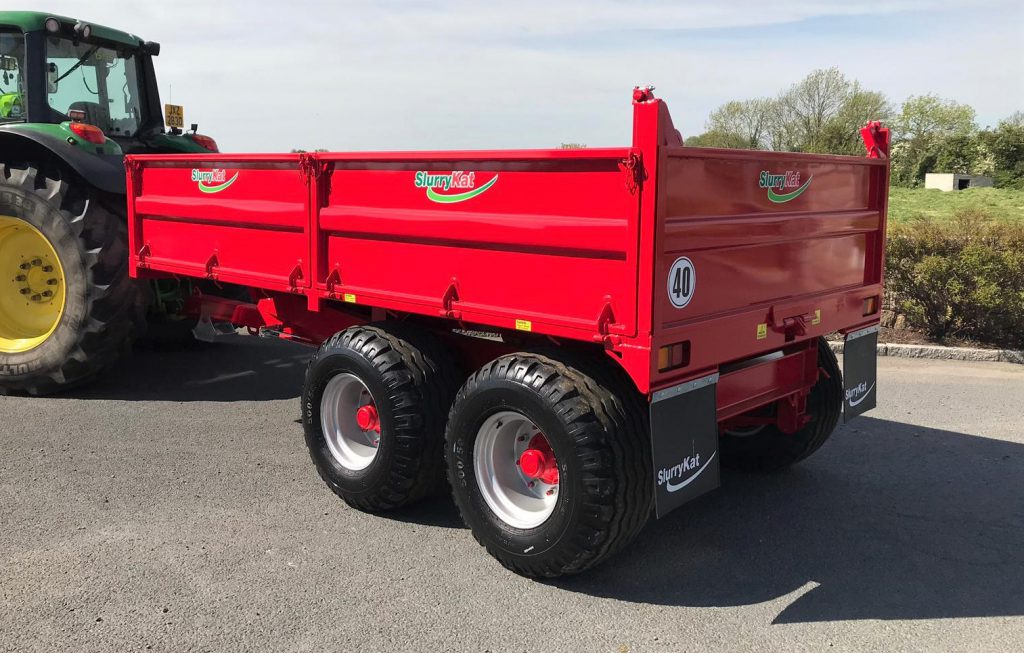 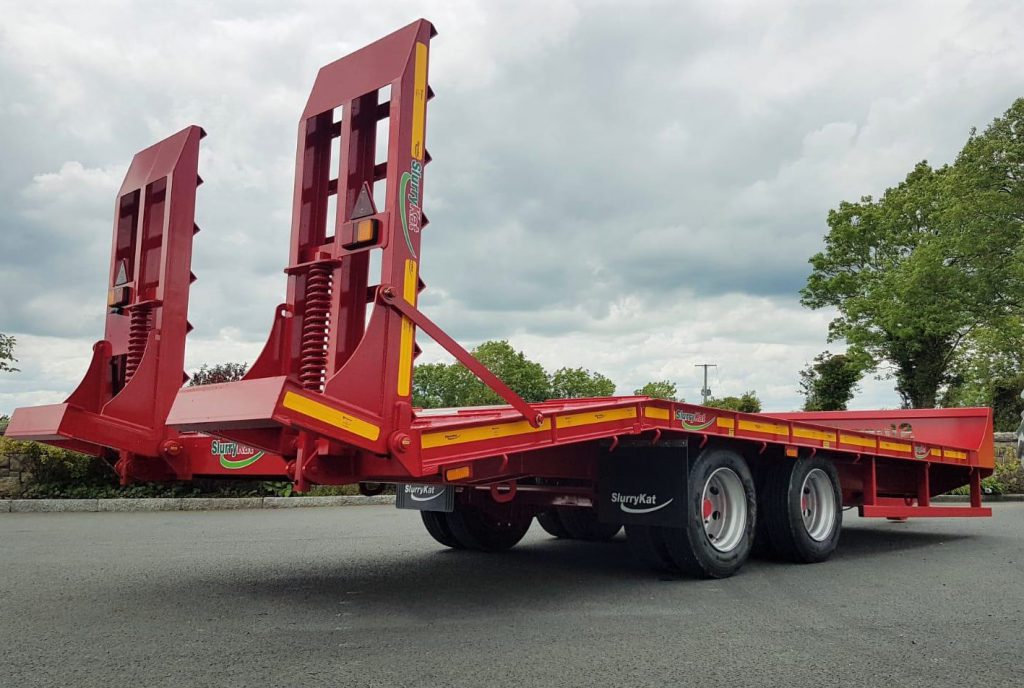 The drop-side (general-purpose) trailer range (one of which is pictured below) consists of four models – 8t, 10t, 12t and 14t versions. All come as standard with: tandem axles; hydraulic brakes; an LED lighting package; and two-pack red paint. 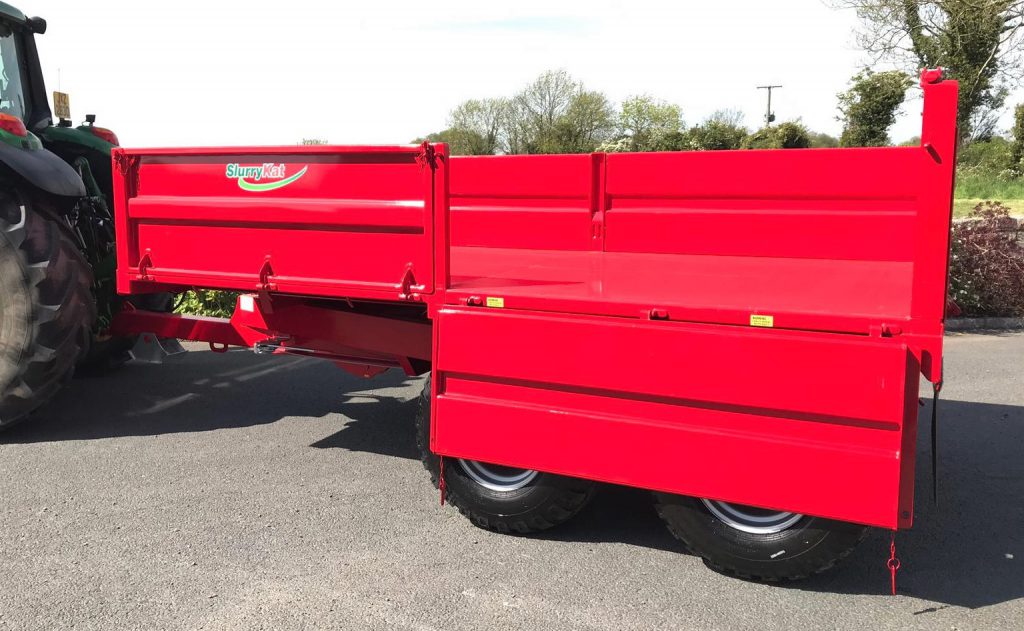 Other features include a single tipping cylinder (ram), which is apparently carried across from the company’s premium-spec trailers. Sides and posts are removable – to leave a flat bed.

According to SlurryKat, a common complaint with this type of trailer is that the user has to leave the cab and manually open the tail-door; the company has “solved this problem using a hydraulically-latched rear door”.

Prices (in Northern Ireland) for the drop-side models start from £5,950 (plus VAT); the Panterra-badged low-loader line-up starts from £8,500 (plus VAT).