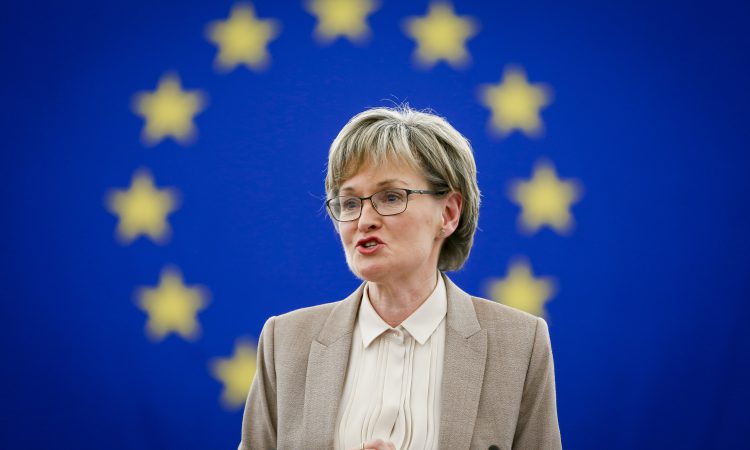 Concerns over “serious divergences” on protocols related to Ireland and Northern Ireland post-Brexit are mounting, an Irish MEP has warned.

While welcoming the joint statement from the European Commission and the UK – outlining progress made on the terms of the draft withdrawal agreement since the last negotiation round in March – Mairead McGuinness, the First Vice-President of the European Parliament, framed her views ahead of Brexit meetings in Dublin tomorrow.

The EU’s chief negotiator on Brexit, Michel Barnier, and the president of the European Commission, Jean-Claude Juncker, are expected to arrive in the capital tomorrow morning (Thursday, June 21) for a series of meetings.

The withdrawal agreement must contain a fully operational backstop solution for Ireland and Northern Ireland.

“It’s a point that has also been reinforced by Michel Barnier, the European Commission’s chief negotiator for Article 50 negotiations,” said McGuinness.

Earlier today, Barnier stated that the EU has advanced on “some separation issues” for which European businesses need certainty – such as customs, VAT and certificates for goods.

“Engagement by the UK on remaining issues such as the protection of personal data and geographical indications is also to be welcomed. Serious divergences remain, however, on the protocol for Ireland / Northern Ireland,” Barnier said.

In response to these remarks, McGuinness stated: “It is positive for European businesses that progress has been made – they need certainty as soon as possible, so that they can prepare for the UK’s withdrawal.

But there will be no withdrawal agreement without a fully operation backstop.

Negotiations on the agreement will continue over the coming weeks, together with discussions on the framework for the future relationship.

Continuing, McGuinness said: “I look forward to meeting Michel Barnier and Jean-Claude Juncker in Dublin tomorrow. I expect that they will express their strong support for Ireland in the Brexit negotiations.

“Brexit is a major issue for Ireland and particularly so for my border constituency of Midlands North West.”

The first vice-president will travel to Rotterdam this Friday (June 22) to address a conference entitled ‘Countdown to Brexit: Are we ready?’. The EU’s chief Brexit negotiator will also speak at the same conference.

“While acknowledging some progress, it is of concern that so much work needs to be done before October on the withdrawal agreement,” McGuinness concluded.