Home » Environment » Could an extra-terrestrial manage the planet better than we can?

Could an extra-terrestrial manage the planet better than we can? 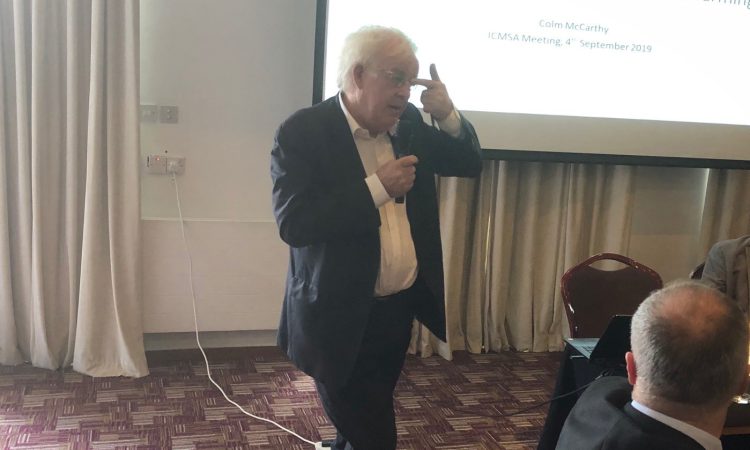 If you were an extra-terrestrial coloniser and you discovered a new planet in a distant solar system to colonise – you were super-intelligent – and you saw that the planet was in poor condition and warming up – what would you do?

Well – according to Colm McCarthy, economist, UCD – the first thing you would do is: “You would not have 200 different governments with 200 different policies and 200 distinct territorial emissions targets.”

McCarthy delivered a talk on climate policy and livestock farming during the Irish Creamery Milk Suppliers’ Association (ICMSA) think-tank on ‘Climate Change and Dairy Farming in Ireland’, which was held in Dublin on Wednesday, September 4.

He pointed out that as the coloniser on the new planet, you would say: “This planet only has one atmosphere so I’ll appoint one consulate to be in charge of it.

I will have a uniform policy of discouraging the consumption of goods and services that generate these damaging emissions.

“Unfortunately, no extra terrestrial has turned up and what we have had instead is territorial production-based targets.

“Except for the really important things – like oil products.”

The economics expert then made a clear distinction between the Saudi Arabian oil industry and the Irish livestock industry – both of which export their product.

“If the Saudi Arabian oil industry was treated the way the Irish livestock industry is treated they would be told that the emissions count towards Saudi Arabia’s total and that Saudi Arabia is producing some vast amount of emissions and you better close down every second oil-field,” continued McCarthy.

But we don’t do it that way for oil.

“We have taxes in the consuming country that discourage consumption – it’s much lower in Europe than it is in the USA where they have much more taxes and much bigger cars.

“And, the Saudi’s produce the oil because they are a low-cost producer.

Also Read: ‘By 2030 dairy will be two-thirds of absolute emissions in agriculture’ – Teagasc

“We think then that Irish farming is the low-cost producer – at least for dairying, but it’s worth thinking about – the architecture of international policy is not consistent because it’s territorial production-based targets for some things and consumer taxes for other things.”

McCarthy then pointed out that “anything to do with purely engineering solutions that involve human behaviour as well – those solutions tend to be incomplete”.

Pricing policy is a product solution to climate change.

He continued: “Airplanes are now carrying less tonnes of stuff because of the pricing that was introduced on luggage, etc.

“Climate change is not all about technology solutions because it involves human behaviour.

“Ireland is set to breach the EU targets – but these are a hodgepodge of measurements based on production as well as consumption.”