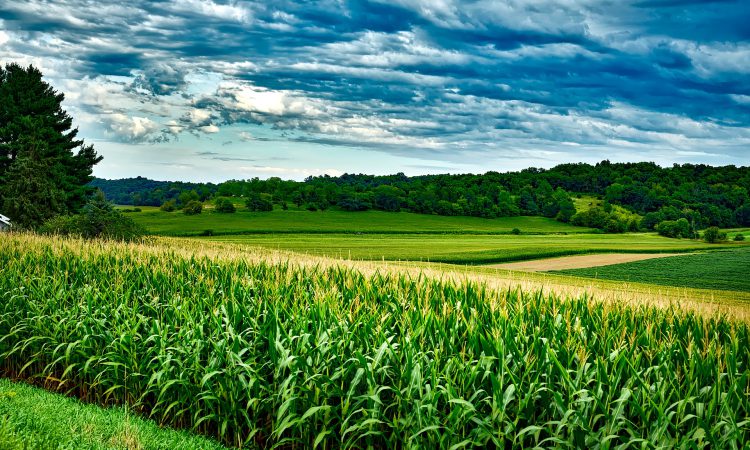 A recent report from Rothamsted Research indicates that climate change could make soybean production a viable crop option in places like southern Scotland.

If this is the case, then the growing of the world’s most plentiful protein crop could become feasible in Ireland. And all of this could happen within a few decades.

“Our results suggest that by 2050 soybean should be a viable crop across most of England and south Wales.

Yields would be enough to make it an economically attractive option for farmers, with the added benefits of reduced nitrogen fertiliser needs and the fact that soybean has very few pests or diseases here.

Agriculture in the UK and Ireland would greatly benefit from an economically viable, nitrogen-fixing legume that breaks the pest, competitor or disease cycles in the main cash crops that dominate current rotations.

Most of the world’s soybean is currently grown in the Americas and almost four million tonnes is imported into the UK and Ireland each year, where it is mainly used to feed livestock.

It is also processed into popular vegan diet staples such as meat-free sausages and burgers, milk substitutes and tofu.

Recent advances in plant breeding have produced easy to harvest soybean varieties suitable for the UK’s cold, wet climate – overcoming what were the main barriers to take up by farmers.

Over three years the researchers grew 14 different varieties at two sites in England, and then used modelling to extrapolate the results to 26 sites across the UK.

In addition, the model was used to predict how soybean would mature and the associated yield using weather data under current, near-future (2041-60), and far-future (2081-2100) climate scenarios.

The analysis revealed that under current climate, early developing varieties will mature in the south of the UK, but the probability of failure increases with latitude.

“Under climate change some of these varieties are likely to mature as far north as southern Scotland,” Coleman said.

With greater levels of CO2, yield is predicted to increase by as much as half a tonne per hectare at some sites in the far future, but this is tempered by other effects of climate change, meaning that for most sites no meaningful increase in yield is expected.

“However, with climate change, varieties that mature later will become viable in the south and this will also have positive implications on yield potential.”

Based on the estimated price of soybean and associated variable costs, a 2t/ha crop could result in a profit comparable to that of field beans.

“Soybean is likely to be a viable crop in the UK and for similar climates at similar latitudes in northern Europe in the future,” Coleman added.

The right variety must be selected for the local climate and growing season characteristics. Provided those varieties can match the quality of imported soybean, local markets should be found.

“The financial attractiveness of the crop will be determined by the margin achieved over growing costs, which is dependent upon how the grower values the additional benefits of the crop such as spreading workload, weed control and the benefit to rotation,” he concluded.