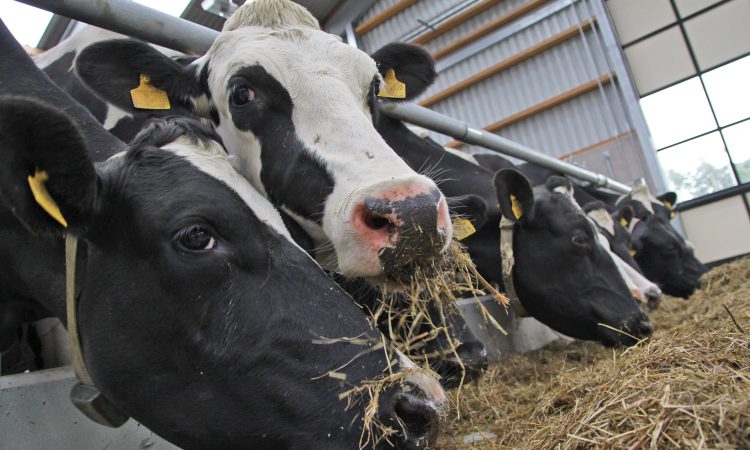 Four cows have died with up to 40 others in severe difficulty on an organic dairy farm in Germany, due to eating too much concentrate feed, local media has reported.

The incident – which occurred in Brandenburg, not far from Berlin – apparently occurred when trespassers broke into the farm shed and released the animals free around the yard, leading to hundreds of animals wandering the farm.

This resulted in a large number of cows flocking to the concentrate feed, gorging themselves on up to 10kg each, according to local publication Berliner Zeitung.

Speaking to the publication, the managing director of the farm, Anja Schiemann, expressed fears that more animals would die, citing liver damage as the key concern.

The incident took place on Saturday night (September 8) with animal rights activists suspected as being behind the chaos.

The farm in question – Leibenwalder Agrar – has offered a €1,000 reward for information leading to the apprehension of the culprits.

The sick cows will be put on a hay-only diet for the foreseeable future to recover from the overdose, putting further pressure on forage supplies on the farm, Berliner Zeitung noted.

The total cost to the farm from the incident has not yet been quantified.