Cranswick Country Foods: Company growth is ‘ahead of previous expectations’ 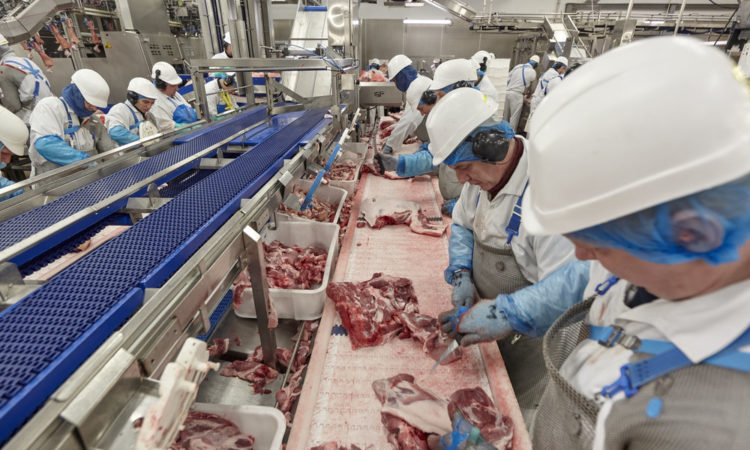 Cranswick Country Foods has released its third quarter trading statement for the 13 weeks leading up to December 26, 2020 and it continued the momentum shown by the company in the first half of the year.

A spokesperson for Cranswick said:

“The strong revenue and earnings momentum delivered during the first half of the financial year continued during the third quarter.

Consequently, the outlook for the current financial year is now expected to be ahead of the board’s previous expectations.

“Performance over the festive trading period was robust and ahead of the same period in 2019, reflecting a well-executed Christmas plan, supported by exemplary service levels to our customers and tight cost control.”

“The UK pig price continued to ease during the period, ending the quarter 9% lower than at the same stage last year. This downward trend is being reflected in selling prices,” the spokesperson added.

Far East export sales were, as anticipated, lower than the same quarter last year due to a greater proportion of output being directed to UK retail customers and the temporary self-suspension of the group’s China export licences for its Northern Ireland and Norfolk primary processing facilities.

The licence for the Northern Ireland facility was reinstated on November 23, 2020 and we expect exports to resume from the Norfolk facility in the coming weeks.

“Thorough planning ensured we were well prepared for the UK’s exit from the European Union on December 31, 2020.

“We worked closely with suppliers and customers to proactively manage supply chain risks and had developed and successfully implemented mitigating action plans to minimise Brexit-related costs and supply chain disruption.

“We are providing ongoing support to colleagues in obtaining UK settled status and we are recruiting more permanent team members.”

“We continue to invest at pace across our asset base to increase capacity, add new capability and drive operating efficiencies whilst maintaining industry leading standards at all of our facilities.

“There is also substantial ongoing investment in our pork and poultry farming operations to add scale, drive efficiency and maintain the highest standards of animal welfare and to reinforce our Tier 1 ranking in the global Business Benchmark on Farm Animal Welfare (BBFAW).

We are also continuing to invest in a range of sustainability initiatives under our ‘Second Nature’ strategy, including upgrading to more energy-efficient equipment; installing solar panels; self-generating electricity, heat and steam using combined heat and power (CHP) units; and sourcing 100% of the group’s electricity from renewable sources.

“On November 18, 2020 our Milton Keynes site became the first Cranswick facility to be awarded the Carbon Neutral (PAS 2060) certification.

“The capacity uplift from 1.1 million to 1.4 million birds per week at the Eye [Suffolk] poultry facility will come on stream, as planned, during the final quarter of the year.

“Also, the new £20 million cooked bacon facility in Hull is well advanced and progressing to plan with commercial production due to start in quarter one of the new financial year.

“The group’s borrowings continue to be managed conservatively with committed, unsecured facilities of £200 million providing considerable headroom to support the group’s growth strategy.”

For the remainder of the current financial year the shift towards greater in-home consumption with resulting high demand for our products is expected to continue.

“Looking ahead, the board is confident that continued focus on the strengths of the company, which include its long-standing customer relationships, breadth and quality of products, robust financial position and industry leading asset infrastructure, will support the further successful development of the group over the longer term.”