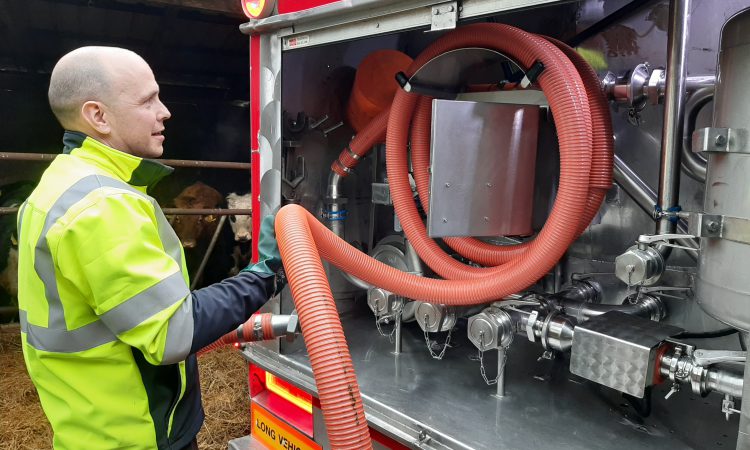 Three associations representing the all-island Irish dairy and whiskey sectors in both the Republic of Ireland and Northern Ireland are calling for urgent change to EU trade policy to protect cross-border supply chains.

The groups will highlight the challenges faced by Irish whiskey and dairy products with inputs from Northern Ireland in accessing the benefits of EU free trade agreements (FTAs) following Brexit.

The three associations will be represented at the committee meeting by:

According to the three groups, since January 1, 2021, a range of Irish whiskey and Irish dairy products which are deemed to be produced in this state, have lost their EU originating status under all EU trade agreements with markets around the world.

This is because rules-of-origin in EU FTAs do not currently recognise inputs or processing from outside of the European Union, and have included Northern Ireland in this designation, despite the free movement of goods within the EU under the Ireland/Northern Ireland Protocol.

In addition, FTA rules on ‘territoriality’ mean Irish whiskey produced in this state, but bottled in Northern Ireland could also, in certain cases, lose out on originating status.

As a result, impacted Irish whiskey and Irish dairy products have lost their access to lower or zero preferential tariffs under certain EU trade agreements with markets around the world, the associations say.

In many cases the production of these goods involves a reliance on cross-border supply chains which go back decades, the groups highlight.

The three associations will reaffirm their strong support for the Protocol of Ireland/Northern Ireland which protects cross-border supply chains on the island of Ireland from tariffs and checks at the border, in turn protecting and supporting highly-integrated, all-island production sectors such as dairy and Irish whiskey.

However, the associations will point out that the failure to act on rules of origin effectively makes some cross-border supply chains more difficult when it comes to exporting to certain countries. This very much works against the concept of a shared all-island economy and is not in keeping with the Good Friday Agreement, they claim.

The Irish whiskey and dairy sectors have proposed that the European Commission should consider new rules of origin, which protect cross-border supply chains on the island of Ireland, in all future EU FTA negotiations beginning with the current Australia FTA, as well in reviews of existing FTAs as they arise, since not all current EU FTAs are utilised.

However, the sector representative groups have described responses received from the European Commission to date as “disappointing”.

They note that in the case of current EU-Australia FTA negotiations, the commission has proposed the same rules of origin for whiskey and dairy products that have been proposed for the past 40 years – and do not take account of Brexit and the realities of the Irish all-island economy.

The commission has stated that it does not intend to review any existing EU trade agreement on the back of Brexit.

The three associations are calling on the Irish government to continue to champion the need to reform rules-of-origin and territoriality rules in international trade to protect and facilitate cross-border supply chains on the island of Ireland, in turn safeguarding a key feature of the all-island economy.