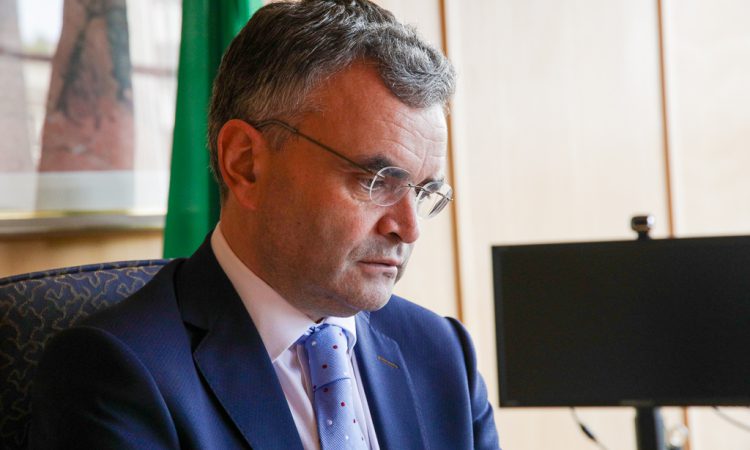 It has been announced this morning (Friday, August 21) that the Minister for Agriculture, Food and the Marine Dara Calleary has resigned from cabinet.

Last night, Calleary apologised for attending an event this week with more than 80 people, in breach of the latest public health guidelines.

In a statement, Minister Calleary said: “Last night I attended a function I committed to a number of weeks ago, having been asked to pay tribute to a person I respected and admired greatly.

“In light of the updated public health guidance this week, I should not have attended the event.

I wish to apologise unreservedly to the public, from whom we are asking quite a lot at this difficult time.

“I also offer this apology and my sincere regret to my government colleagues,” the statement concludes.

Following a cabinet meeting on Tuesday (August 18), the government decided to implement a number of measures in an effort to curtail the spread of Covid-19.

These measures will be in place until September 13 in an “effort to stop the spread of the virus by limiting congregation and social interaction among households”, according to the government.

“There will also be an enhanced level of enforcement to ensure that workplaces, venues and organisers of activities adhere to the guidelines.”

One of these restrictions is that “no formal or informal events or parties should be organised” in restaurants and cafes, including hotel restaurants and pubs that serve food.