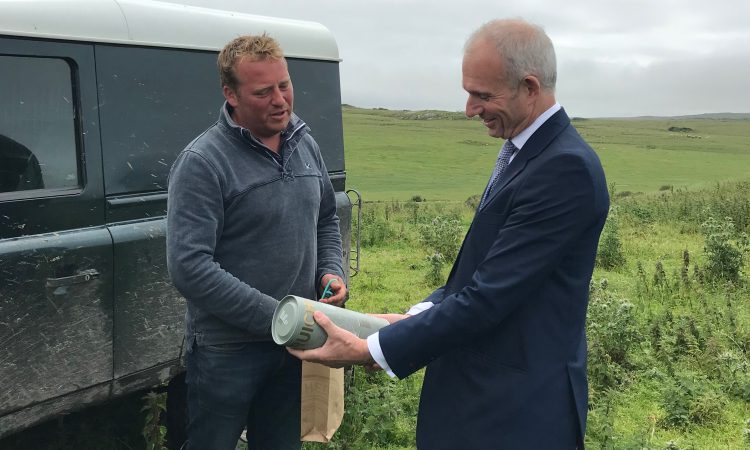 As a senior member of the UK Cabinet, the Minister is responsible for advising the Prime Minister on developing Government policy.

Tom and Robert Epps of Ardnave Farm, Loch Gruinart hosted the visit which took place on Friday (July 12), where Lidington was shown the farm’s livestock and the results of environmental schemes on the land.

During the visit, members from the island told the Minister the importance of the UK Government committing to long-term financial and policy support for Scottish farming and crofting if governments wish to reap rewards in terms of growing the food and drinks industry as well as delivering on public goods.

In addition, they also stressed the importance of retaining tariff-free trade with Europe, and the protection of domestic agricultural standards in any future trade deals. 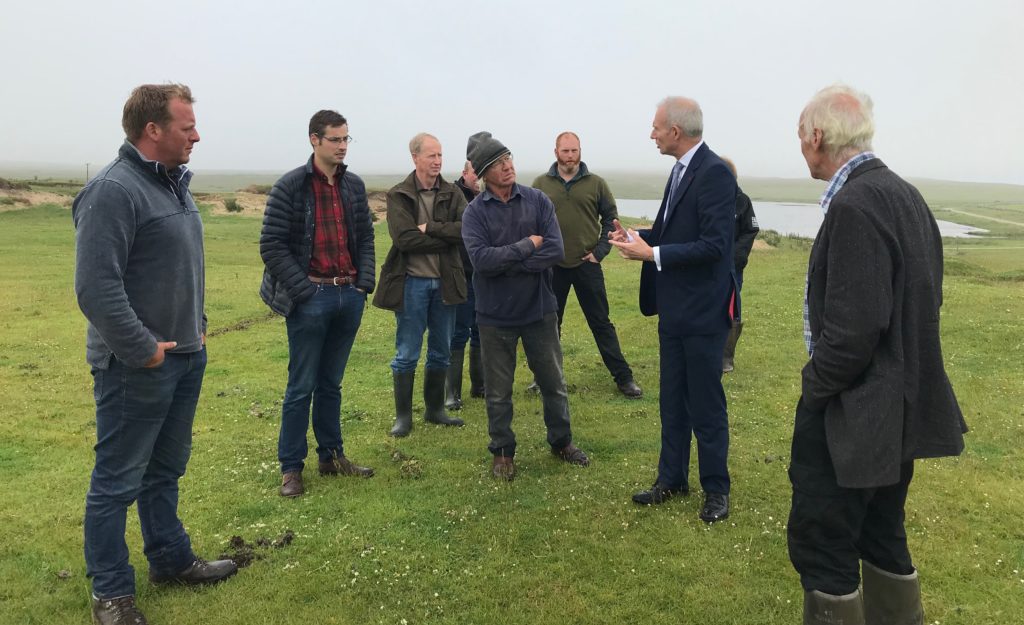 Gill Johnstone, Islay Branch chairman, said: “It is not often that such a senior member of the UK Cabinet visits the Scottish islands, so NFU Scotland was pleased that the Minister took the time to see and hear directly from farmers and crofters on Islay.

“This provided a critical opportunity at what is a very challenging time for all of Scottish agriculture to leave an impression on the Minister about what agriculture can deliver if it is valued by our policy-makers.

“We were pleased that the Minister understood the public goods that active farming and crofting on Islay deliver, and this will provide NFU Scotland with a helpful lever in which to continue to lobby UK Government for a fully-funded, bespoke Scottish agricultural policy after Brexit that works in the interests of all of Scottish agriculture.”