More needs to be done across Scotland to tackle the death rate in agriculture, as it is revealed 13 people died last year on Scotland’s farms and crofts.

It's five more deaths than in 2017-18 and represents the highest average increase across Great Britain in the space of just one year.

To mark Farm Safety Week, the Health and Safety Executive has released its latest Fatal Injuries in Agriculture, Forestry and Fishing for Great Britain 2018-19 report.

It shows that agriculture has the worst rate of worker fatal injuries of the main industrial sectors: 18 times as high as the average rate across all industries.

Farm Safety Week – led by the Farm Safety Foundation - brings together five countries over five days with one clear goal – to inspire farmers to look after their physical and mental wellbeing and reduce the number of life-changing and life-ending accidents on our farms. 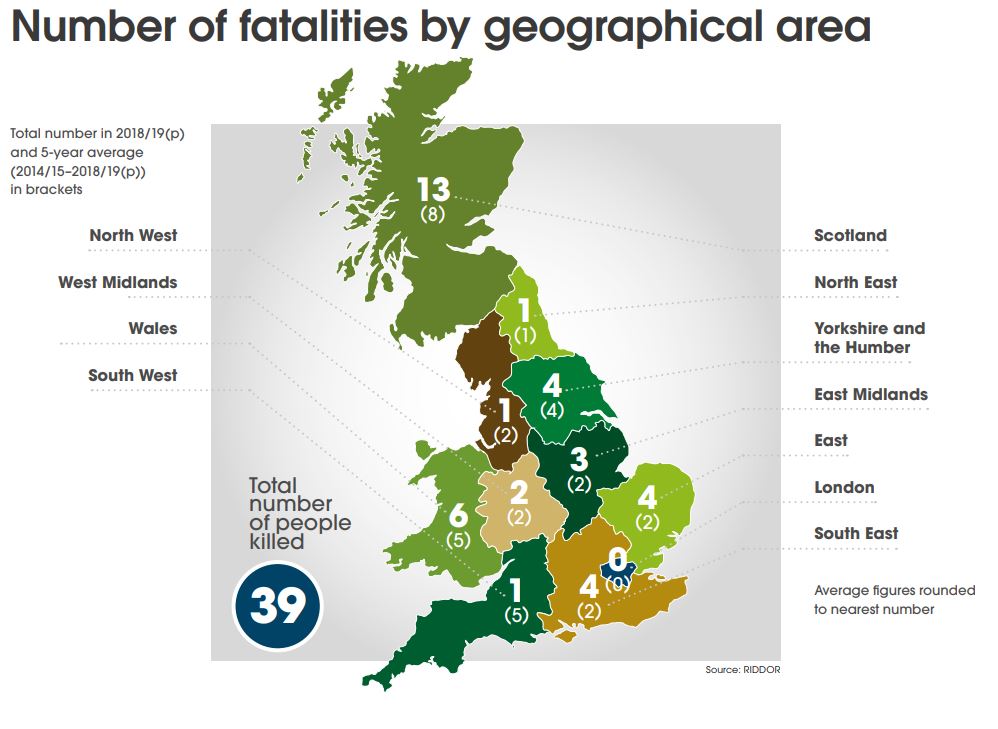 The year’s message is to encourage those right across the industry to take action, rather than just speaking about making improvements.

Despite increased awareness of the issue farming still has the highest rate of fatal injury of all the main industry sectors, around 18 times as high as the all industry rate, accounting for more than 22% of all workplace fatalities.

Throughout this week, NFU Scotland on behalf of the Farm Safety Partnership Scotland, will be issuing case studies and blogs whilst publishing messages on farm safety on social media to encourage those working, living and visiting the rural community to take heed of the messages and put words into action.

Commenting on the statistics revealed today, NFU Scotland chief executive Scott Walker on behalf of the Farm Safety Partnership Scotland, said: “One death is disappointing to hear about but to hear that 13 people have died on Scotland’s farms and crofts in 2018 is heart-breaking.

It is concerning that whilst a conscious effort has been made by many to prioritise safety on farms and crofts in recent years, this number continues to increase.

"The fact that three of the five ATV deaths in the UK happened in Scotland is a stark reminder that everyone using a quad bike should be wearing a helmet and should be abiding by guidance from HSE on their safe use.

“Once again this reinforces that everyone - whether they live, work or visit a farm or croft - must put safety as the number one priority. We fully appreciate the challenges upon those in the industry to get the job done when struggling to make a living, but there is nothing more important than your life.

“Farm safety is everyone’s place and we need action to be taken to reduce the death and injury toll on farms and crofts.”