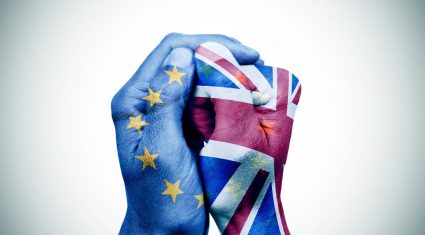 European Commission President Jean-Claude Junker has said “sufficient progress” has been made on Brexit talks that will “pave the way for talks on the future UK-EU relationship”.

The UK and the EU have agreed that will be “no hard border” between Northern Ireland and the Republic.

Speaking at a joint press conference this morning with British Prime Minister Theresa May in Brussels, Juncker said the UK has made “significant commitments” on avoiding a hard border between Ireland and the UK.

May said there will be no hard border and that the Good Friday Agreement will be upheld and that EU citizens in the UK “will be able to go on living as before”.

We guarantee there will be no hard border in Ireland and we will uphold the Belfast Agreement. In doing so we will continue to preserve the constitutional and economic integrity of the United Kingdom.

May said she spoke with Taoiseach Leo Varadkar yesterday and they agreed there will be no barriers to trade north-south or east-west.

It is reported that the text of the UK’s Brexit agreement on the border says that the UK “will maintain full alignment” with the EU single market, customs rules that support peace, cooperation, economy of island of Ireland.

Taoiseach Leo Varadkar is expected to make a statement at Leinster House shortly.

I will be joined by the Tánaiste @simoncoveney and Minister for European Affairs @HMcEntee at a press conference in Govt Bldgs later this morning to discuss the progress made. #Brexit https://t.co/VSOEBO5R53

Tanaiste and Minister for Foreign Affairs, Simon Coveney, said on Twitter that a deal has been confirmed and that Ireland supports Brexit negotiations moving to phase two.

Deal Confirmed! Ireland supports Brexit negotiations moving to Phase 2 now that we have secured assurances for all on the island of Ireland – fully protecting GFA, peace process, all-Island economy and ensuring that there can be NO HARD BORDER on the Island of Ireland post Brexit