Diesel dilemma: Driver ‘obviously thought he was driving a tractor’ 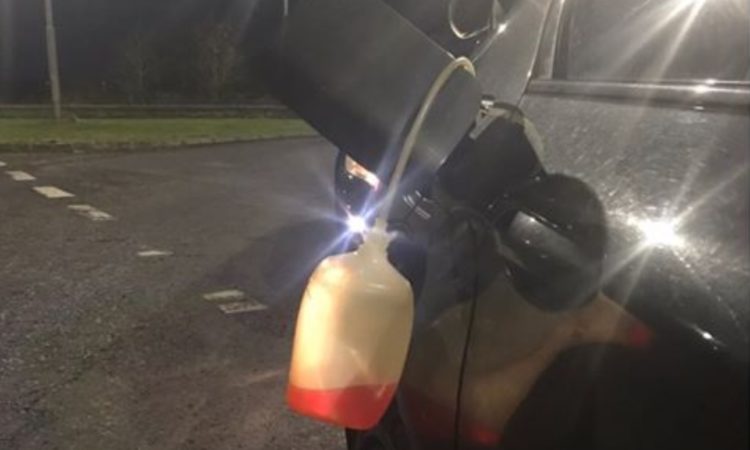 A driver found himself “in the red” with local authorities last week in Co. Tyrone following the discovery of a string of road offences and a car described as being in a “dangerous condition”.

Taking to social media, members of the Police Service of Northern Ireland (PSNI) based in Co. Tyrone outlined what occurred when they stopped the driver in question:

“Mid-Ulster DST out and about on the roads today carried out a routine stop of this BMW.

“Again they find another vehicle not insured to be on the roads and in an even more dangerous condition with two bald tyres – almost slick.

The driver was keen to get his car back home and took out insurance at the roadside but unfortunately it was still coming with us because it was a danger to other road users; the driver obviously thought he was driving a tractor too with a tank of red diesel.

The police noted that driver was subsequently reported for driving without insurance and two bald tyres, adding “he awaits his day in court”.

“He also has a release fee to pay and a chat with HMRC (HM Revenue and Customs) which can also result in a hefty fine for evading duty,” the PSNI post concluded.