John Davies has spoken of his “disappointment and dismay” at what he describes as “damaging” claims made by environmental groups encouraging responses to the Welsh ‘Brexit and Our Land’ consultation.

The National Farmers’ Union Cymru president criticised the World Wide Fund for Nature (WWF), the Royal Society for the Protection of Birds (RSPB), and Wildlife Trusts Wales for claims made on their websites and social media channels that infer that farming practices are harming the environment.

Davies said it appeared that a number of organisations are encouraging their supporters to respond to the consultation using negative statements that do not accurately reflect Welsh farming’s contribution to the Welsh environment.

‘Great pride in being custodians’

He said: “A number of NFU Cymru members have raised their concerns with me about the claims made by the likes of the WWF, the RSPB and Wildlife Trusts Wales.

These organisations are pedalling comments that show a complete disregard and ignorance for the work of Welsh farmers in maintaining and improving habitats and biodiversity for over a quarter of a century.

“Welsh farmers take their environmental responsibilities extremely seriously and hold great pride in being the custodians of Wales’ cherished landscapes and habitats, alongside their key role as food producers.”

Davies added that the picture being painted of the Welsh countryside, of a ‘devastating decline in wildlife’ and nature “crashing”, is “not one that Welsh farmers will recognise”.

“I am deeply dismayed that these environmental groups are employing such tactics at the same time as they seek to have a leading role in working with Welsh farmers to deliver positive outcomes for our environment in the future.

“These statements are upsetting and do nothing more than drive a wedge between us, when in fact these organisations – who let’s not forget are termed as ‘partners’ on Welsh Government working groups – should be working with us to achieve our shared goals.”

Davies urged farmers to respond to the consultation so that a “true depiction of Welsh farming’s contribution” is provided “rather than the fake dystopia these environmental lobby groups would have you believe.” 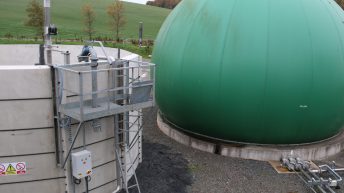