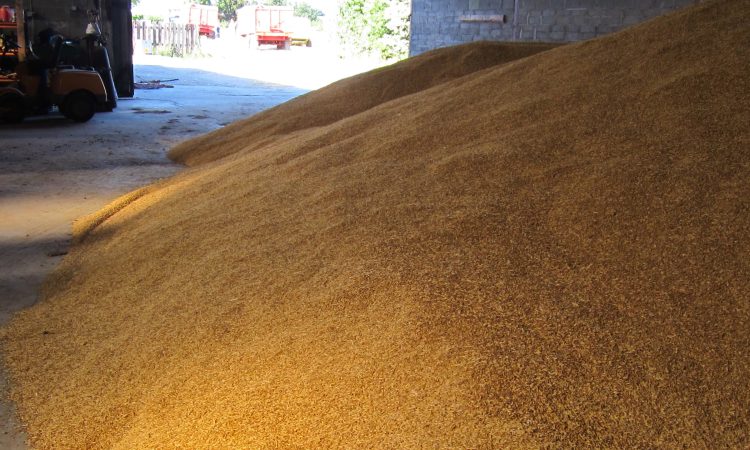 Ergot alkaloids can move within cereal ears to otherwise ‘clean’ grain, according to new research published by AHDB.

The report was prepared as part of a 12-month project that started in January 2018. Led by NIAB, the work was funded by around £50,000 from AHDB.

Grain can also become contaminated with the mycotoxin after harvest, particularly through contact with broken ergot sclerotia.

The European Commission is reviewing the legal limits for sclerotia found in cereal grain and, for the first time, may impose a threshold for total ergot alkaloids.

The research findings will feed into the review process, help identify management solutions and prepare the entire supply chain for change.

The fungus Claviceps purpurea infects cereals during flowering and produces ergot sclerotia in place of grain. These structures contain ergot alkaloids that are highly toxic to humans and animals.

It was known that ergot alkaloids can be detected in grain that appears clear of ergot infection. AHDB commissioned the study to investigate the routes the toxin takes to contaminate clean grain.

As there is limited evidence to suggest that the fungus can grow past the base of the ovary, the researchers looked at whether the alkaloids can move between flowers.

Grain above and below the infected flowers was collected and tested. In wheat and barley, and to a lesser extent in rye, a broad range of alkaloids (up to 12 ergot alkaloids) was found in these grains.

Mature ergot sclerotia were dominated by four ergot alkaloids, which were highest in rye, followed by wheat, then barley.

Dhan Bhandari, who manages grain quality research at AHDB, said: “Because ergot alkaloids were detected in apparently clean grains, it demonstrates the limitations of visual inspections.”

A sweet-smelling substance, known as ‘honeydew’, which carries secondary spores, is released by infected flowers.

However, the levels were so low, it was deemed that this potential source of contamination could be ruled out.

Post-harvest sources of contamination were also investigated. Broken grain was found to be a potentially significant transmission route for ergot alkaloids during storage and transportation.

Dhan said: “The higher ergot alkaloids levels associated with grain fragments are significant, as they could breach proposed maximum levels.

“We know the ergot fungus can infect a broad range of cereals and grasses and result in high levels of both ergot and associated alkaloids. So, it’s important that the industry looks at management across the supply chain.”