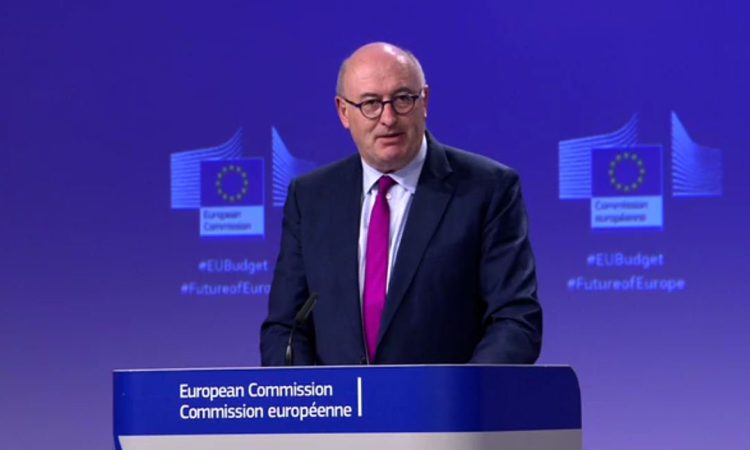 The European Commissioner for Agriculture and Rural Development, Phil Hogan, stated that “intense negotiations” lie ahead regarding the final decision on the EU budget.

At the beginning of May, the European Union’s proposed next multi-annual financial framework (MFF) budget – running from 2021-2027 – was unveiled.

As part of this proposal, it was revealed that the budget for the Common Agricultural Policy (CAP) would be cut by 5% – while direct payments would be reduced by circa 4%.

During a meeting today with Irish journalists in Brussels, Commissioner Hogan was asked how confident he was that member states would choose to up their contributions to the overall EU budget in order to avoid a reduction to the CAP budget.

The commissioner welcomed the initiative by the French and Spanish agriculture ministers to highlight the fact that the commission does need more money in order to maintain the CAP budget at its current level post-2020.

Continuing, he said: “Nevertheless, the fact that they are willing to put more money into the budget is a good starting point.

Of course, the agreement on the money has to be about unanimity. We have about four or five countries that are very strongly against putting more money into the budget.

“So I would say that there is going to be quite intense negotiations to persuade some of those member states to understand that policies which are EU-coordinated are important.

“I think that some of those member states that are not in favour of putting money into the EU budget at the moment may do so in the future – on the basis that it will be for migration and defence, rather than agriculture,” Commissioner Hogan concluded.