Home » Machinery » Fancy a Zetor tractor with a sports-car pedigree?

Fancy a Zetor tractor with a sports-car pedigree? 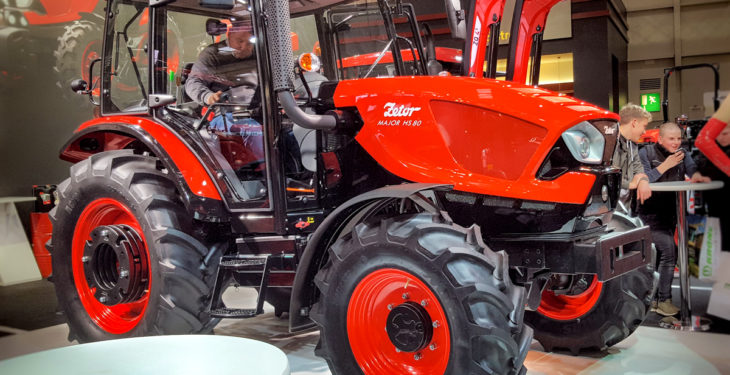 When people think of sports cars, the riches of Monaco or the endurance test of Le Mans often spring to mind. Despite this, Zetor is aiming to ‘strike it rich’ with its new-look Major HS 80 tractor.

Directly linked to the Zetor by Pininfarina line, which was first seen in 2015, the new-look Major HS 80 was unveiled at Agritechnica earlier this week.

Originally linking up with Italy’s Pininfarina to celebrate its 70th anniversary, Zetor’s Major HS 80 tractor would appear to have a sports-car pedigree. This comes in the knowledge that this Italian design house works with the likes of Ferrari, Alfa Romeo and BMW.

Also Read: Pics: Agritechnica 2017 opens its doors to the world…with a flurry of new machines

The new design, Zetor says, is characterised by distinct shapes that give the tractor a “dynamic and strong look”. In addition, the new look is expected to be rolled out across the entire Zetor range in the future.

Despite the unveiling of the Major’s new clothes this week, the tractors will not be available in Ireland until 2018. The company plans to market the tractors from mid-2018 on.

In other Zetor news, the company also unveiled Utilix and Hortus models at the world’s largest indoor machinery show.

The new Utilix and Hortus ranges will compete in the 40 to 70hp segment. The Utilix range will be made up of the HT 45 and HT 55 models; the Hortus range will include the CL 65 and HS 65. They look set to become available early next year.

The new tractors will be equipped with four-cylinder engines, with outputs of 43, 49 and 67hp.

The Utilix HT 45 has an output of 43hp, while the more powerful Utilix HT 55 has 49hp. The engines are Stage IIIA (emissions) compliant.

These two tractors are equipped with three-speed hydrostatic transmissions, enabling the operator to control the speed of the tractor with two accelerator pedals and one brake pedal.

The Hortus is equipped with a 67hp engine, which meets the Stage IIIB (emissions) standard. This tractor is fitted with a mechanical transmission with 24 forward and 24 reverse gears; it also has a power-shuttle – a reverser that can change direction under load.

Maximum speed is 40kph. Like the Utilix models, wet brakes are standard. Two oil pumps provide the hydraulic system with a flow-rate of 60L/min. 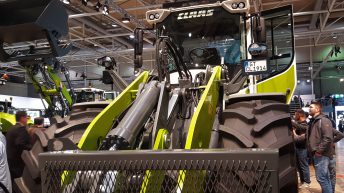 Pics: Lifting the lid on new loading shovels from Claas 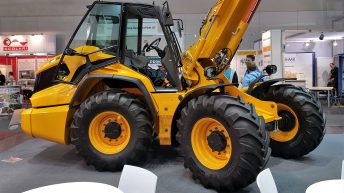 Pics: Can Venieri raise the stakes with its new, pivot-steer telehandler?