A sheep farmer based near Lisnaskea, Co. Fermanagh, had to think fast last Sunday morning, February 9, when he discovered his farm yard had been flooded.

Barry Read is an agri-contractor in Co. Fermanagh and is also involved in sheep farming with his father Norman.

The duo keep approximately 1,000 ewes and Barry explained to AgriLand that their farm is located "just up stream from a low bridge" and downstream from where the Tempo and Colebrook River meet.

The flood came into yard at about 5:30am on Sunday and when we seen it, the ewes in the shed were all belly-deep in water.

He explained: "About 15 years ago, flood defences were done on towns and villages upstream and now whenever we get heavy rain, the problem is sorted above us but the bridge cant cope with the floods below us and the first place it lands is straight into our farm yard.

He expressed his frustration at the reoccurring situation and said: "Because we're farmers and there's only a couple of other houses that flood, they just ignore you. It's a bit like we're second-class citizens.

40 years ago, when the farm yard was built, there was no issues. It flooded once in 12 to 15 years but it's happening about every two years now.

He noted that "the most of 700 ewes had to be moved" and outlined that the ewes are due to start lambing this weekend.

"The whole straw bedding had to be cleaned out, the flood was in the yard for 14 or 15 hours. We lost bales of straw, hay, and approximately 5t of meal was destroyed from the flooding.

Barry explained that the flood waters rose to 2.5ft in the yard and said "unfortunately, three lambs were drowned in the incident".

Expressing his disappointment, he said: "I could of cried; when you go through the torture of lambing them and then to loose them like that."

He noted that he "never lost a single lamb" when lambing the first bunch of ewes and expressed his frustration that the floods then came and took three. 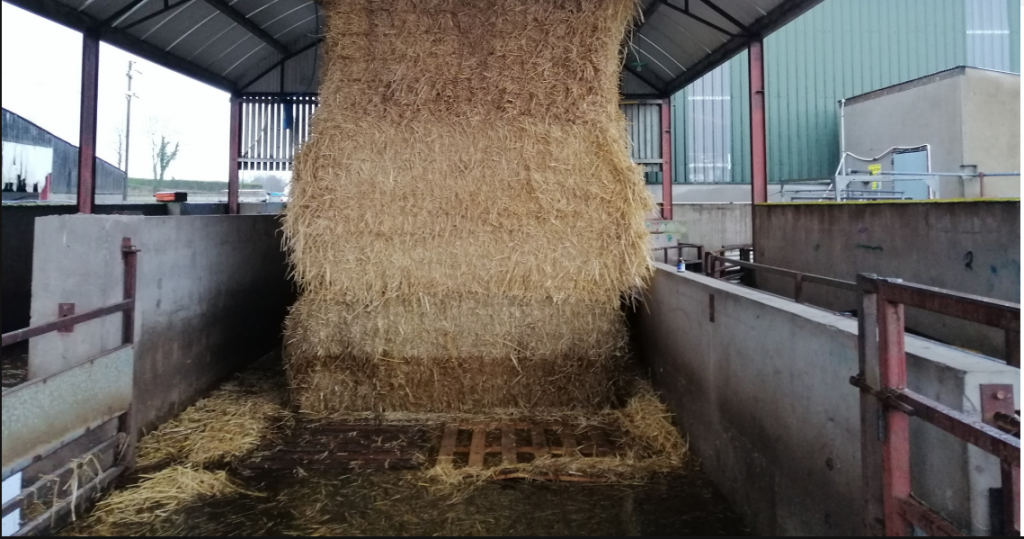 He added that while the slatted tanks were were emptied last Thursday, they were "all full again" after Saturday night's rain.

Concluding, Barry outlined: "We won't know the full-scale of the damage until after they all lamb."