FBD’s share price has dropped by 16% today on the Irish Stock Exchange on the back of operating losses of €87m.

Its share price has fallen to below €6 – down 16% this morning. It comes after FBD announced the severe losses weeks after its CEO Andrew Langford stepped down. Last year FBD shares were worth over €15.

Interim Chief Executive Officer Fiona Muldoon said it was a difficult day for FBD, its shareholders and staff.

“These results reflect very serious increased claims costs in our industry. We are taking decisive action now to de-risk our strategy and return to profitability by the end of 2016.”

It also announced details that it has entered into a conditional agreement for the divestment of its stake in its joint venture, FBD Property & Leisure Limited (“FBDPLL”), to Farmer Business Developments plc through a sale of the Group’s entire shareholding to Farmer Business Developments plc and the redemption of its loan notes in FBDPLL (the “Proposed Transaction”).

The total consideration, which shall be receivable in cash by FBD on completion of the Proposed Transaction, is €48.5 million. 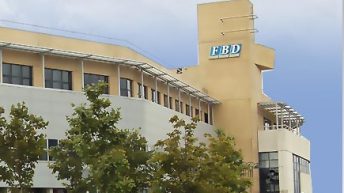