Feeder inaccuracy of up to 15% found on NI dairy farms 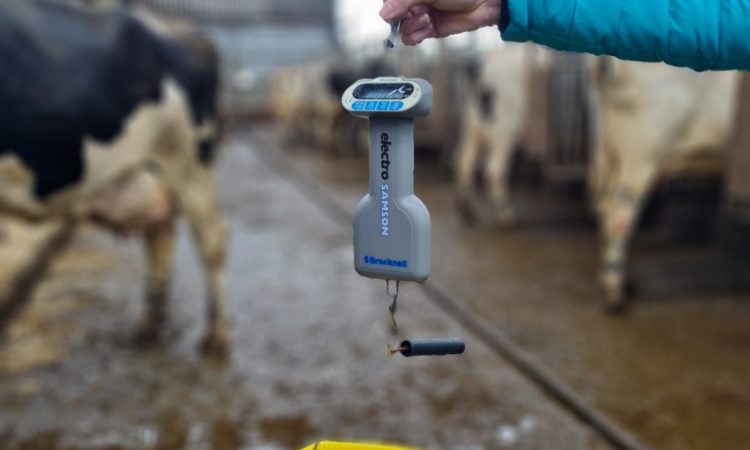 Out of kilter feeders could be adding up to 15% in additional feed costs with every milking, a project by the Agri-Food and Biosciences Institute (AFBI) has warned.

As a result, it’s recommended farmers carry out a feeder calibration check at least once a month.

Ideally, concentrate feed should be allocated to individual cows based on their milk yield. However, advisors warn the prevalence of inaccurate feeders means cows are often not fed the correct ration, making it harder for farmers to optimise herd efficiency.

The issue appears to be widespread, with feeders on all of the 16 farms sampled showing some degree of inaccuracy.

Taking a 100-cow herd offering an average of 6kg concentrate/cow/day through in-parlour feeders over a 180-day winter period as an example, the total target concentrate usage is 108t over the winter.

The study is part of a larger project co-funded by the Department of Agriculture, Environment and Rural Affairs Research Challenge Fund) and AgriSearch, examining the effect of feed-to-yield systems on milk production, milk composition and economic performance.

AFBI will release the full results from this larger study in the autumn.

The test involved a pre-programmed quantity of concentrates (generally between 0.5–2.0 kg, depending on the feeder calibration setting) to be dropped from each feeder into a plastic bucket, which was then weighed.

The difference between the actual weight of concentrate dropped from the feeder, and the target weight that should have been dropped (per cent deviation from target), was then calculated.

The information on the actual amount of concentrate dropped was then used to recalibrate the weigh-cell in each feeder using the inbuilt computer software.

The graph below shows the average deviation from the target of all feeders tested on each of the 16 farms.

On most of the remaining farms, the average error across all feeders was plus or minus 5%, which most producers would consider to be acceptable.

The implications of feeder inaccuracy

The impact that these inaccuracies can have on the volume of concentrates offered on a farm can be considerable.

The graph below shows the impact of inaccurate feeders on the total quantity of concentrates that would be fed over a 180-day winter period (100 cows at 6kg/cow/day).

A spokesperson for AgriSearch said: “In addition, different types of concentrates have different densities, and feeders should be recalibrated for each new type of concentrate being fed.

Your feeder supplier should be able to advise you on how to calibrate your feeding system, but in general, a simple weigh-scale, plastic bucket and some of your time is all that is required.

“However, this is likely to be time well spent, especially if you wish to bring more accuracy and precision into your feeding systems and increase profit.”