Firefighters called in to rescue cow stuck in grating 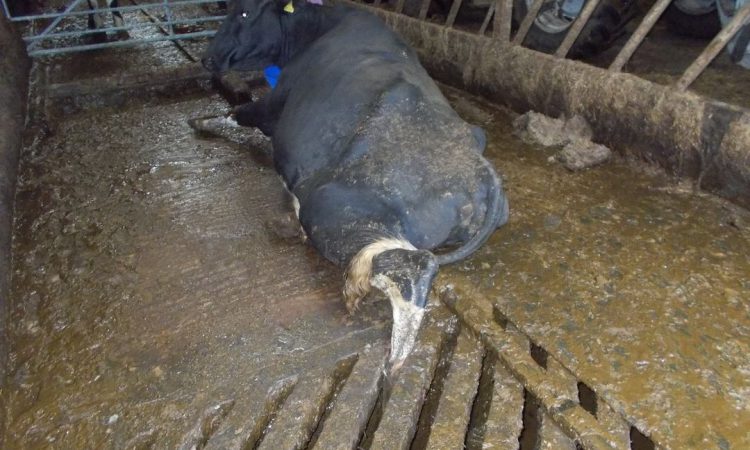 A crew of firefighters had to be called in to rescue a cow that got her hoof stuck in grating at approximately 8:00am yesterday morning (Monday, October 13) on an English farm.

The incident occurred at a farm in Siddington, in the English county of Cheshire.

According to Cheshire Fire and Rescue Service, firefighters were called to a farm in Blackden Lane, Siddington, following reports of a cow’s hoof being stuck in a cattle grid.

Crews attended along with a local vet and safely rescued the cow from the cattle grid, the fire and rescue service said, noting that they were in attendance for around an hour.

Taking to social media after getting the animal free, the service said:

“This cow had a lucky escape after getting her hoof stuck in grating.

This cow had a lucky escape after getting her hoof stuck in grating. She was rescued by firefighters from Macclesfield…

Posted by Cheshire Fire and Rescue Service on Monday, October 12, 2020

A similar incident occurred back in July in Hampshire, England, when numerous teams of firefighters were mobilised to rescue a 12-month-old bullock which became trapped in a water trough.