A farm worker was left trapped in a 3m deep ditch with a fractured leg when a bank collapsed in on him during contruction work, prompting a mult-agency rescue effort.

The incident took place in Sunk Island, Hull, in the north of England this morning, Wednesday, June 26, with emergency services receiving a call about the incident at  7:47am, according to Humberside Fire and Rescue Service.

Humberside Police gave a brief account of the accident, noting that a multi-agency rescue took place this morning with colleagues from Humberside Fire and Rescue Service and Yorkshire Ambulance Service.

"A 21-year-old farm construction worker suffered a fractured leg from being trapped in a ditch next to foundation work when the bank side collapsed," the police statement said.

The Health and Safety Executive was dealing with the incident, the statement added.

The local fire service elaborated, stating that Humberside Fire Service assisted paramedics in removing the casualty from the trench using a short extension ladder and long board stretcher.

The casualty was transported to hospital by ambulance, the fire service said.

Meanwhile, elsewhere a farmer had to be rescued by firefighters when his tractor overturned over the weekend.

The incident took place on Sunday, June 23, in Somerset, when the tractor in question keeled onto its side on uneven terrain. 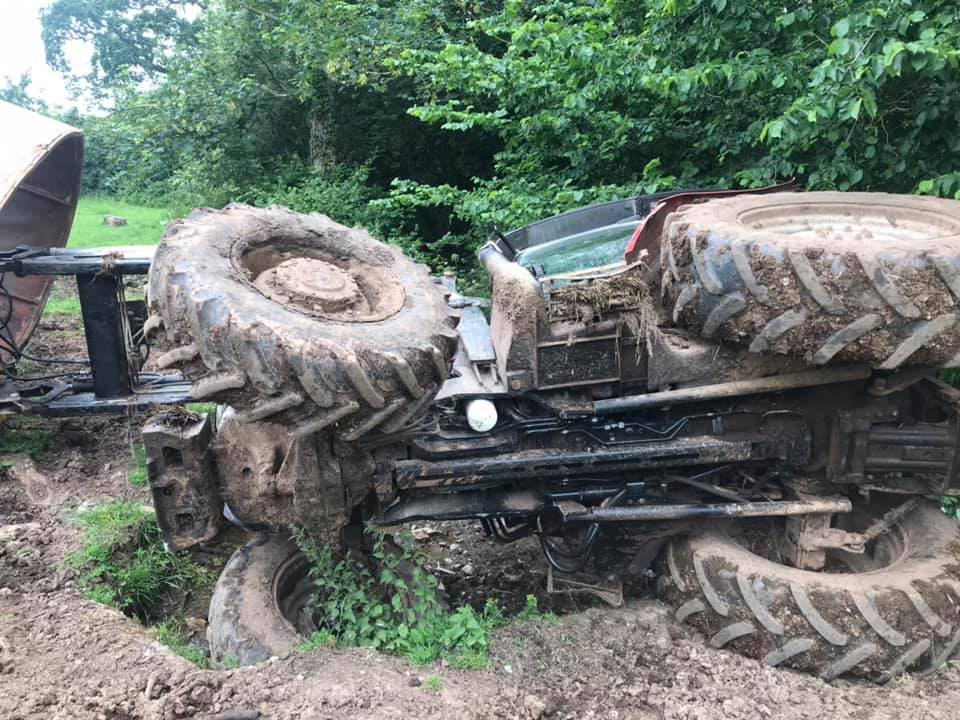 In a statement on social media, the respondents to the incident, Taunton Fire Station, said: “Today, Blue Watch and on-call firefighters from Taunton helped a farmer out of his tractor after it went on its side near Hestercombe House.

"The farmer was uninjured but slightly shaken."