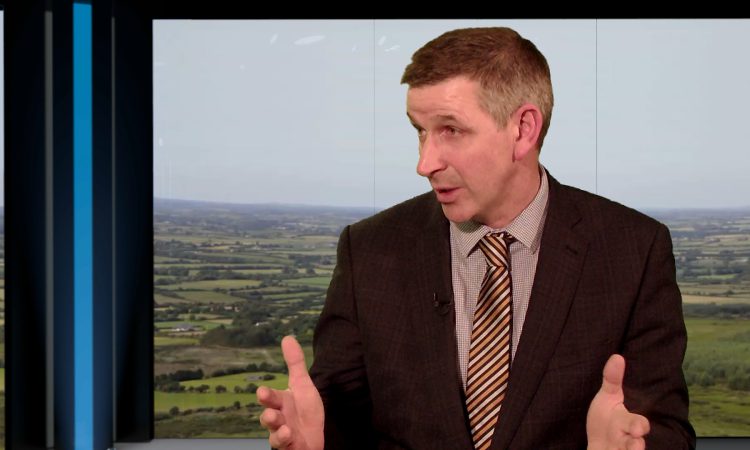 Former President of the Ulster Farmers’ Union (UFU), Ian Marshall is contesting a seat in the Seanad on the Agricultural Panel in the 2021 by-election.

The seat became available after former Minister of State, Michael D’Arcy resigned to take up a new role with the Irish Association of Investment Managers (IAIM) last year.

Marshall, from Co. Armagh, is contesting the seat as an independent candidate and has said that “it has never been more important that members elected to this panel have direct experience and capacity to fight for farming”.

The farmer – an indepedent unionist – was former president of the UFU from 2014 to 2016 and a member of the Agri-Food Strategy Board in Northern Ireland.

“There is no doubt that the impact of Brexit and the disruption created by the Covid-19 pandemic will have a profound and long lasting effect on how we live, work, trade, socialise and live on a daily basis,” he said.

Something that was exemplified and brought to everyone’s attention last week was the fallout from the EU Commission’s actions regarding Article 16 and the subsequent political furore over the Ireland/Northern Ireland Protocol.

“All pointed out the responsibility and need for both governments and the EU to communicate more effectively and work better together,” he added.

Marshall was elected to the 25th Seanad in April 2018 in a by-election for the Agricultural Panel caused by the resignation of Denis Landy.

He was the first unionist member elected to the Oireachtas since the 1930s but he lost his seat in the 2020 Seanad election.

“The Agriculture Panel in the Seanad provides a dedicated platform to promote and support the value and benefits of a profitable sustainable agri-food industry across the island,” Marshall said.