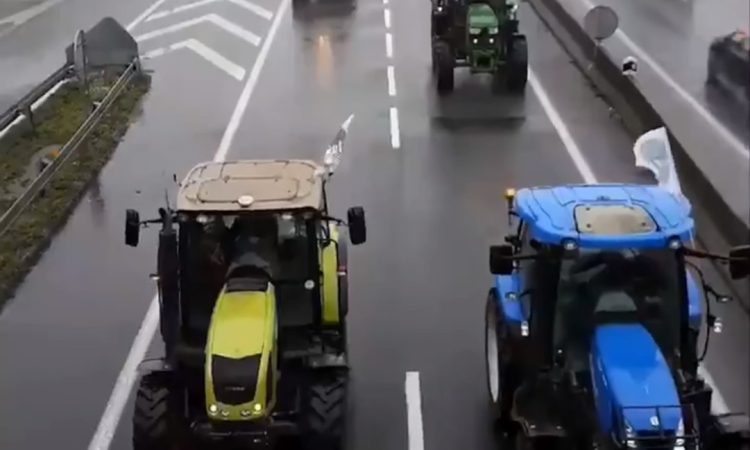 Crowds of French farmers took to the roads to protest against the “disrepute of agriculture” and distortion of competition, according to French farming organisation FNSEA.

The protests were led by the FNSEA and the French young farmer representative group Jeunes Agriculteurs (Young Farmers), with the groups claiming that over 10,000 farmers mobilised in the demonstrations.

The groups said they would block French highways in each regional department between 11:00am and 2:00pm yesterday to raise awareness for their issues, including “agri bashing”.

In a statement on the matter, the FNSEA said:

“At the call of the Jeunes Agriculteurs and the FNSEA, the farmers were in action yesterday, Tuesday, October 8, to show their exasperation.”

The organisations’ claims are threefold: more consideration; less distortions of competition; and no unfair agreements.

The competition distortions highlighted by the group are the “importing of a food that we do not want and that is not produced under the same conditions and in the same standards that French farmers are asked for”.

“No sector of the economy would support what farmers are experiencing today,” the farm group said.

Christiane Lambert, president of the FNSEA, said: “The mobilisation was held to show our exasperation.

“More than 10,000 farmers mobilised; 100% of departments were in action; and 6,000 tractors left. The agricultural world is standing up to defend the agriculture that the French want,” Lambert added.

According to the organisation, the next action will be a call for consumer surveys with the JA and FNSEA networks to control the labelling of products.