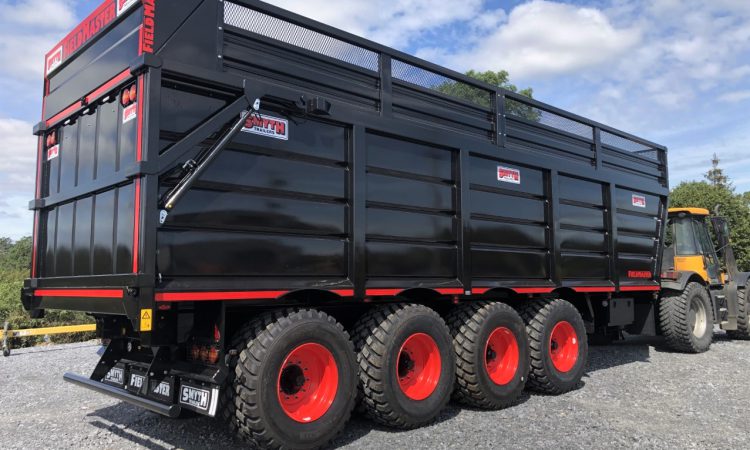 Well-known manufacturer Smyth Trailers (based in Co. Carlow) has just completed the build of a massive four-axle silage trailer (pictured above and below).

The trailer, which has a rated capacity of 70m³, is destined for Robinson Farms – in New Mexico (US). This customer already runs a fleet of 10 tri-axle Smyth-built trailers. 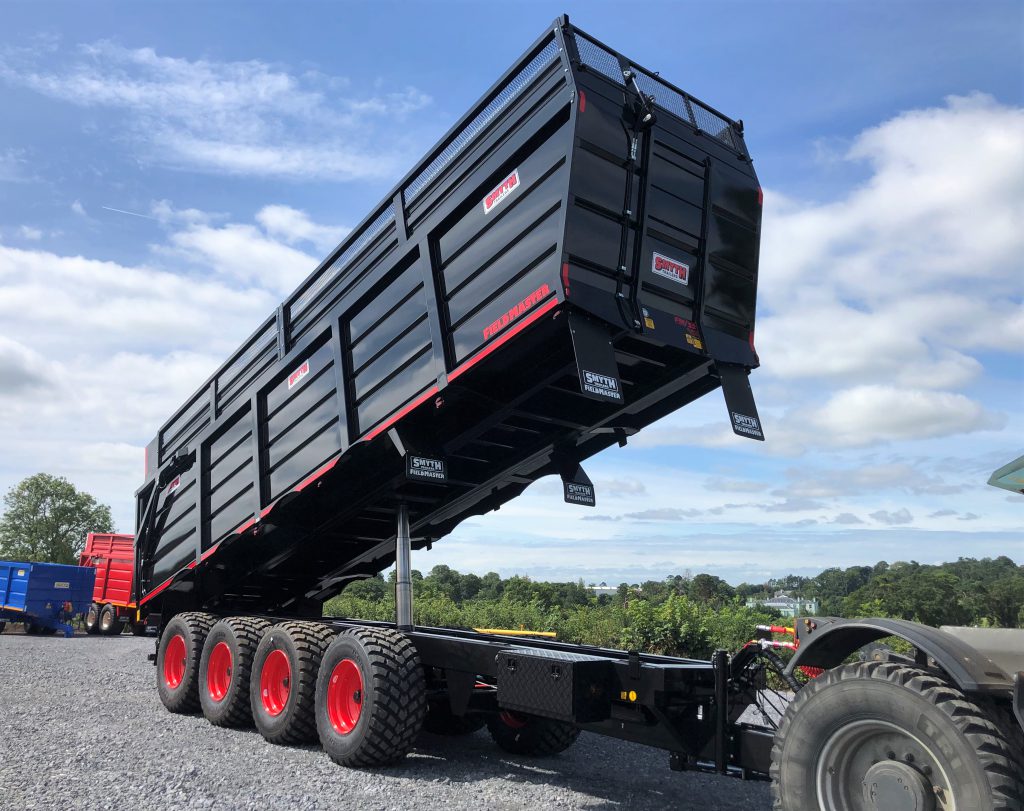 According to Smyth Trailers, the new four-axle unit is equipped with air/hydraulic brakes, a hydraulic jack, a hydraulic fold-down front creel/panel and a Lincoln automatic greaser. 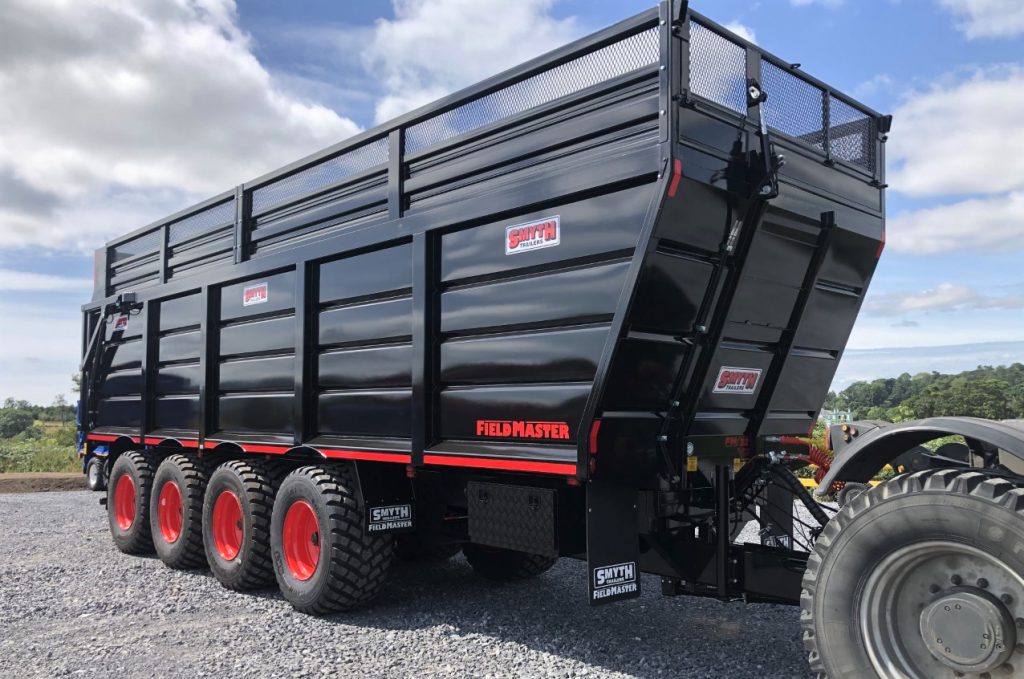 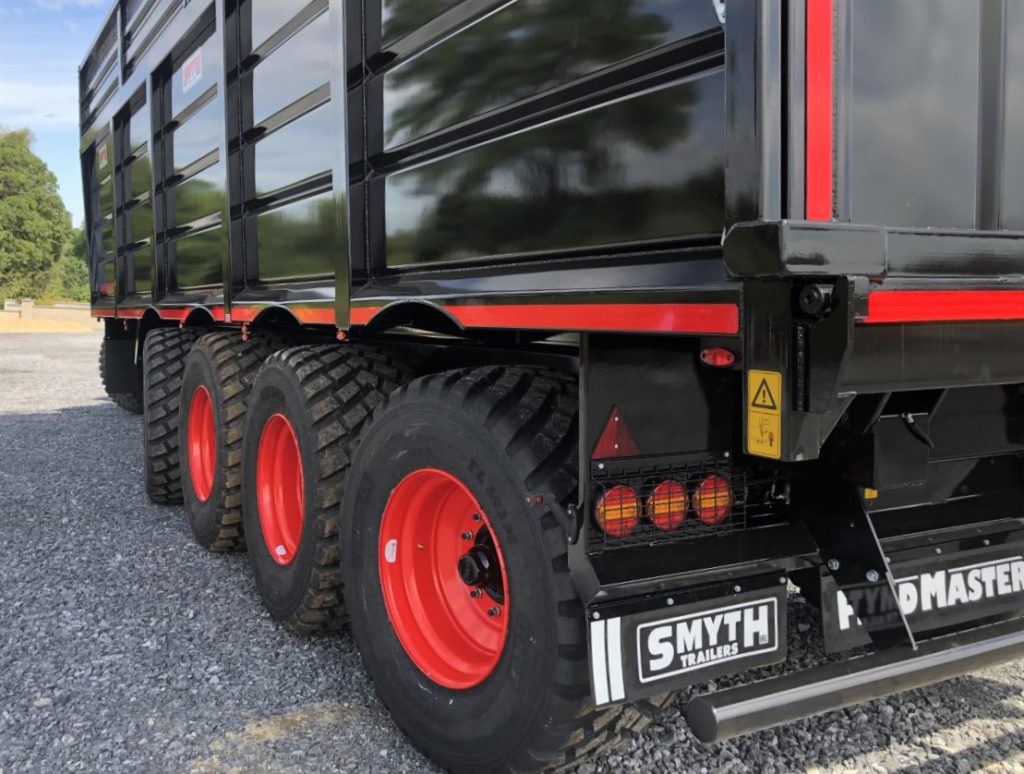 Talking to AgriLand today (Thursday, August 1) Sam Smyth said: “The trailer is leaving here in about two hours – to start its journey to the US.

It’s 32ft long…on the floor. The body is 9ft wide, but the trailer’s overall width is nearly 10ft. It weighs 11t empty, but can carry about 36t.

“It takes 70L of oil to tip it up fully. When it arrives in the US, it’ll be pulled by a new Fendt.”

Smyth Trailers also featured on AgriLand when it produced an eye-catching 29.5ft-long, 35m³, four-axle ‘monster’ grain trailer – back in 2017.

Based on the popular Fieldmaster range but narrowed by 5in – to meet the customer’s specification – this trailer was shipped to Denmark. It was custom-built for a farmer there, having been ordered through Danish importer Tipvogn Salg.

Also Read: Video: ‘4’ is the magic number for Smyth Trailers

Speaking about that project at that time, Sam said: “We are always up for a challenge so when the order came in we simply said no problem; we can do it.”