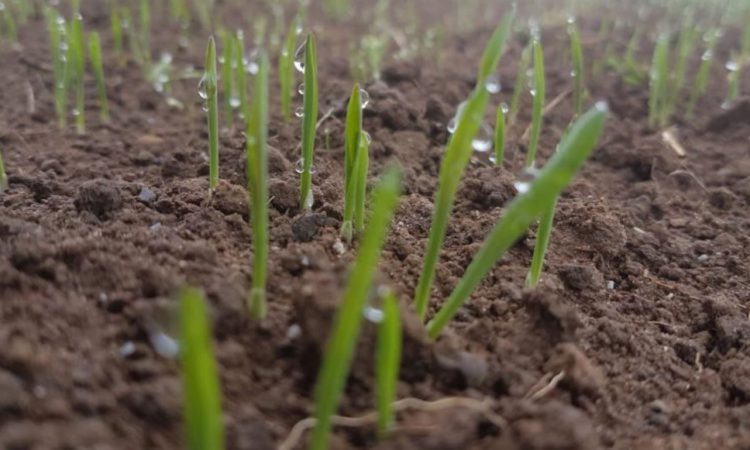 Séamus Duggan sent in this picture for Arable April this week

The European Commission released its crop monitoring bulletin on April 27, in which it reported that “western Europe had one of the driest starts to spring since 1979 – after a wet winter – with almost no rain since mid March”.

Rain deficits were shown in large areas across mainland Europe and south-east England. Poland, Ukraine and Romania have had dry conditions since the end of winter.

The report stated that “winter crops in most of these regions are still in good condition”. However, rain is needed to meet positive yields.

The dry conditions of spring are impacting on recently sown crops as emergence is being affected. The report stated that yield forecasts were not yet taking into account the impact of the dry weather and cold spell in parts of Europe at the end of March and early April.

Corn is an essential commodity to watch as we often see barley, in particular, compete with the crop. This week the EU enforced a levy of €5.27/t on imported maize or corn. The levy was automatically triggered on April 27 as corn price dropped.

Take a look at some of the global markets in this table (below). 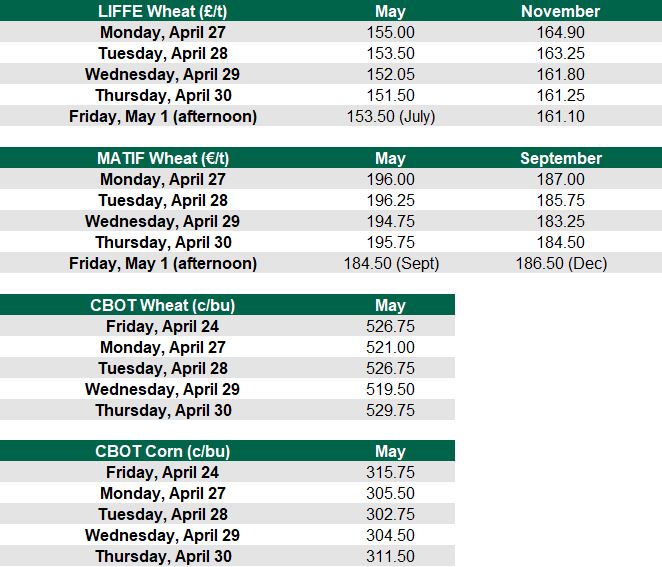 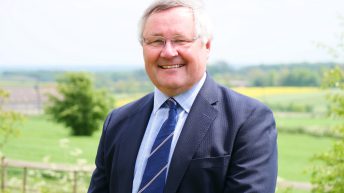