The United States Department of Agriculture (USDA) released its World Agricultural Supply and Demand Estimates (WASDE) report for this month on Tuesday, March 10.

In the report the global wheat outlook is for higher production, increased consumption and exports and lower ending stocks. Higher production has been forecast for India and Argentina, while there have been reductions for Turkey and Australia.

US wheat supply and demand is unchanged, while corn supply and use is also unchanged from last month.

Global corn production has increased by 0.4 million tonnes. There was an increase in South Africa and reductions in India, Peru and Russia.

The report also stated that corn exports are projected to increase from Ukraine, South Africa and the EU.

As oil prices declined at the start of the week so too did oilseed rape prices. Paris rapeseed for May closed at €368/t on Monday, March 9. This was a decrease of €9.75/t from Friday.

This week saw good news come from Irish Distillers. The company is formally recognising the high environmental standards of green spring-barley growers by paying an additional €15/t where they meet environmental and sustainability requirements outlined in the scheme.

Prices from world markets are outlined below. 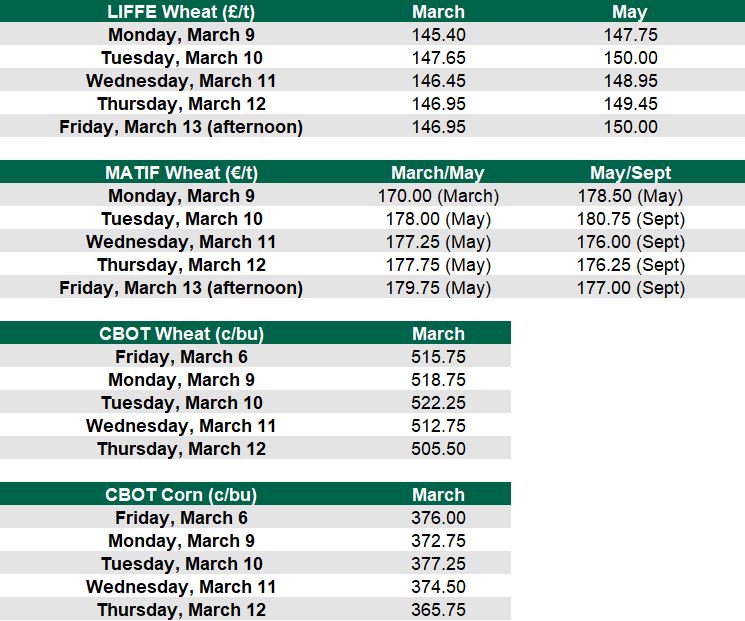