Home » Arable » Has Germany put the kibosh on next week’s EU glyphosate vote?

Has Germany put the kibosh on next week’s EU glyphosate vote? 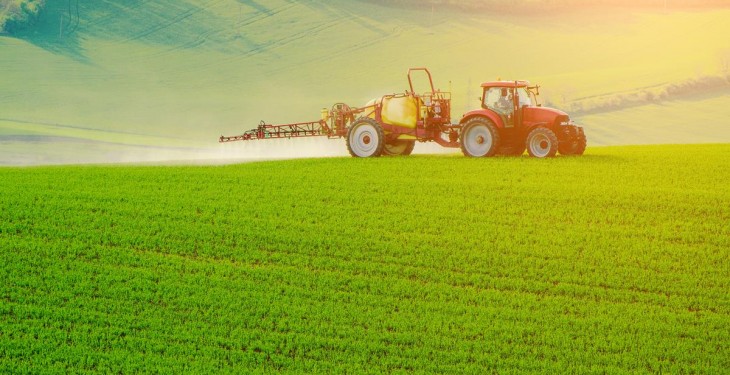 Germany looks set to abstain in an EU vote next week on the continued use of glyphosate in weed killers, according to Reuters.

Through the abstention of EU’s most-populous nation, the vote could still pass if other large member states were to vote in favour.

It is understood that Germany’s conservative party and their junior coalition partner, the Social Democrats (SPD), cannot reach agreement on how to vote.

Should the German government fail to reach an agreement, it will abstain from voting.

“It’s proven that glyphosate has negative effects on the environment. That needs to be fully taken into account for the approval,” Environment Minister Barbara Hendricks, an SPD member, told Reuters.

Glyphosate’s current European license is set to expire in June.

“Experts from the EU’s 28 member states will hold a closed-door meeting on Wednesday and Thursday in Brussels to discuss a draft proposal to extend by nine years approval of the herbicide,” said Reuters.

Re-approval would requires a double majority of EU member states to pass the vote. This means the vote must get at least 55% Member State approval, as well as at least 65% of the EU population.

Should Germany abstain, the vote could still pass if other large member states vote in favour of renewing the selective herbicide.

Should the EU not vote in favour of glyphosate next week then products containing it would have a six-month grace period from the end of June before being removed from the market.

“It is scandalous that the Commission is ramming through an EU approval for glyphosate to be used with no restrictions, despite the very serious concerns about the impact of this toxic substance on public health and the environment,” Green member of European Parliament and food safety spokesperson Bart Staes is reported as saying.

The French Agriculture Minister Stéphane Le Foll has confirmed that France will not support the EU vote next week.

Yesterday, 39 NGOs sent a letter to relevant EU national ministers and members of the EU Committee on Plants, Animal, Food and Feed, requesting that they vote against a re-approval.

What’s The Big Fuss About A Glyphosate Vote?

Glyphosate is used in pesticides made by Dow, Monsanto and Syngenta, for example, and is the most heavily used weed-killer in history.

In March of this year, Environment Committee MEPs said that the European Commission should not renew glyphosate’s authorisation.

The Environment Committee called on the European Commission to carry out an independent review of the herbicide and disclose all the related scientific evidence on the potential impacts of the herbicide.

However, scientific opinion on glyphosate is divided.

The European Food Safety Authority suggested that it is unlikely to pose a public health risk, yet the World Health Organisations indicates that glyphosate is probably carcinogenic to humans.

Farming organisations including the IFA and UFU have recently called on MEPs to renew glyphosate’s authorisation.