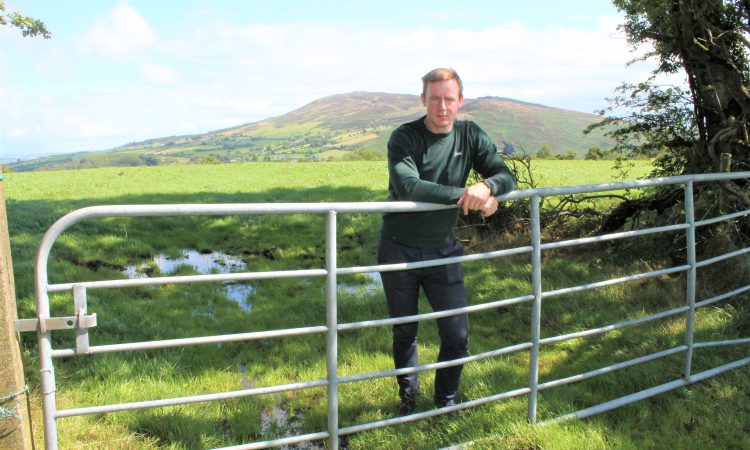 Justin McNulty was just nine years old when a bomb exploded in a field 100m from the kitchen table where he, and his siblings, were eating breakfast.

Football-sized stones from the blast hurtled with force towards the family farmyard across the hedge.

The farm lies on the slopes of Slieve Gullion in south Armagh – six and a half miles from the border.

One rock punctured the shed roof taking a lump out of a bull’s hock, another mangled a gate, and the blast blew tiles off the roof on the family home and dislodged the windows from their housings.

For most children, such an incident would have brought about fear and panic – but for Justin, and his brothers and sisters, it was just another day in “bandit country”.

And so, off to school they went.

More than three decades later, looking out at the exact point where that explosion occurred – beneath the mythical mountain where Cú Chulainn, the defender of Ulster, was given his name – it’s easy to comprehend why McNulty would go on to choose a career in politics.

But with the possibility of a no-deal Brexit looming ever larger, a stagnant Northern Ireland Assembly on the periphery of a three-year collapse and, as he puts it, “a bombastic bluffer” appointed UK Prime Minister, the 2002 All-Ireland winning Gaelic footballer warns that the region is on the brink of returning to darker days. 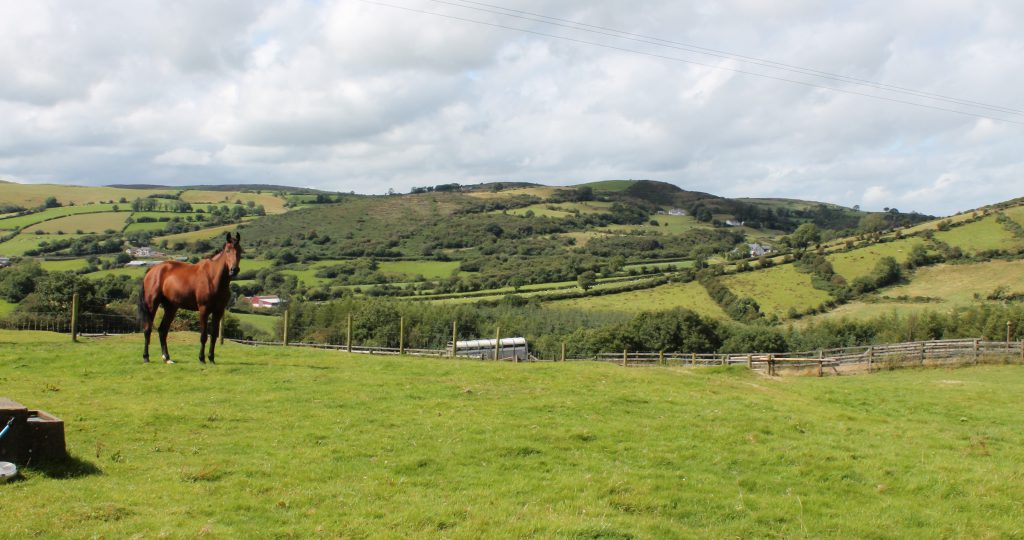 Speaking to AgriLand at his family farm in Lislea – which previously operated as a 150 head dairy and beef enterprise – the Newry and Armagh SDLP (Social Democratic and Labour Party) MLA (Member of the Legislative Assembly), outlined his party’s position and his frank concerns for the future of farming in the six counties.

“I got into politics to make a difference, to make this place better, to create opportunities, to challenge myself, and to challenge others to do better.

“But, I’m very much being prevented from doing that because of the polarised, static nature of politics in the North currently.

It’s toxic, angry, aggressive towards the other side, bitter. Hatred is being fuelled by the political direction from the two main parties [Sinn Féin and the Democratic Unionist Party (DUP)].

“It’s sometimes frightening, and the worry is that more and more oxygen is being given to those who seek to return to violence. We’re getting close to that and people need to pull back from the brink.

“The current fractious and divisive voices of the two main parties are serving only to ignite tensions. That’s what politics in the North has been reduced to, sadly.

“A change in direction is urgently required so we can all move forward respecting each other, while building a truly shared future on this island,” said the qualified engineer – who is also the brother of well-known performance coach and former All-Star GAA footballer for the ‘The Orchard County’, Enda McNulty.

Despite UK Prime Minister Boris Johnson vowing to deliver Brexit “do or die” by October 31 this year – a move the former Laois senior football manager says will “decimate” Northern Ireland’s farming sector – he says there is “little prospect” that the Assembly will get back up and running in the short term.

“It’s all soundbites and no action. They are talking about how close we are, how positive the talks are – but there is no proof of that.

“John Hume, who was the father of the Peace Process, said that it was just that ‘a process’, which requires sustained positive actions towards shared goals,” he said. 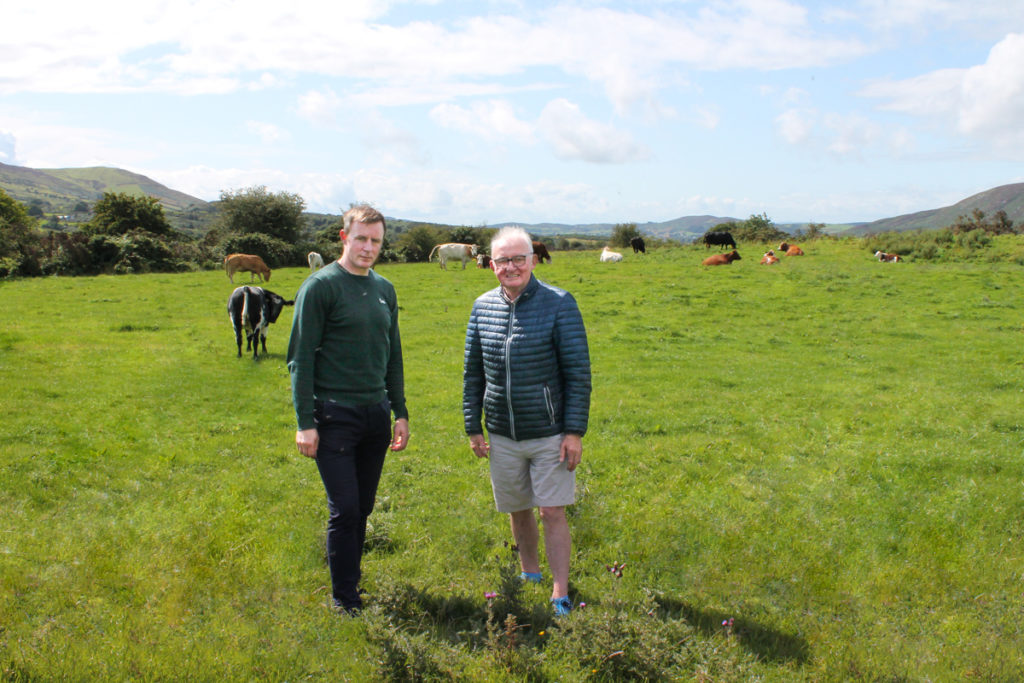 Joined by his father Joe, the McNulty duo took AgriLand for a walk through the fields of the family farm, telling stories about how history worked through the generations before them.

They recalled characters, events and evocative place names, many rooted in the Irish vernacular.

The conversation turned inevitably to the recent election of Boris Johnson to top office in Westminster and what it could mean for farming on the border.

He is a ‘Little Englander’ who has no understanding of the realities on the ground here in Ireland – no concept, he doesn’t care.

“He is hell bent on his hard, no-deal Brexit now – regardless of the consequences of that on this island.

“So, a man selling 70 head of bulls last year is losing €12,500 on his sale this year, what other industry could sustain that loss?

“Farmers are worried about the tariffs on beef, on poultry, on milk, on pork, there is no certainty. Will there be any subsidies for farmers after a hard Brexit?” he said. 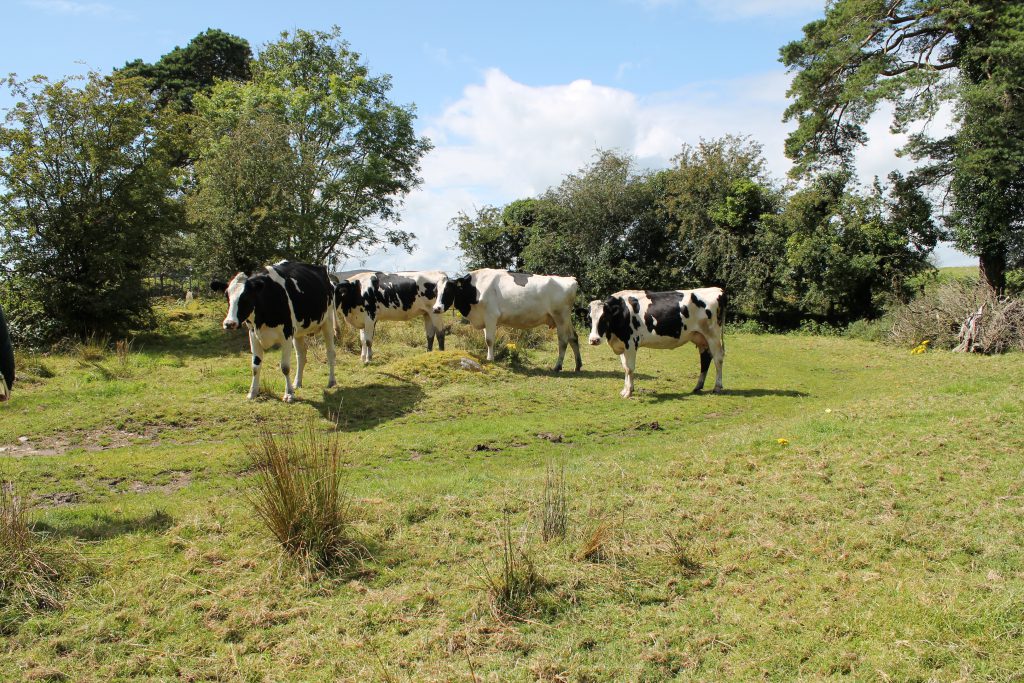 McNulty says the current friction-less border has been a vital to the success of agriculture on the island.

“Any border will be devastating for agriculture, the agri-food industry and rural livelihoods.

“Boris Johnson doesn’t give a hoot about Irish farmers or anything to do with Ireland, the only thing he is forced to concern himself with is keeping the DUP on board – but that is only short term,” he said.

Earlier this year the SDLP voted overwhelmingly in favour of a new political partnership with Fianna Fáil (FF) – based around the parties’ shared policies on Brexit, trade and a new Ireland. 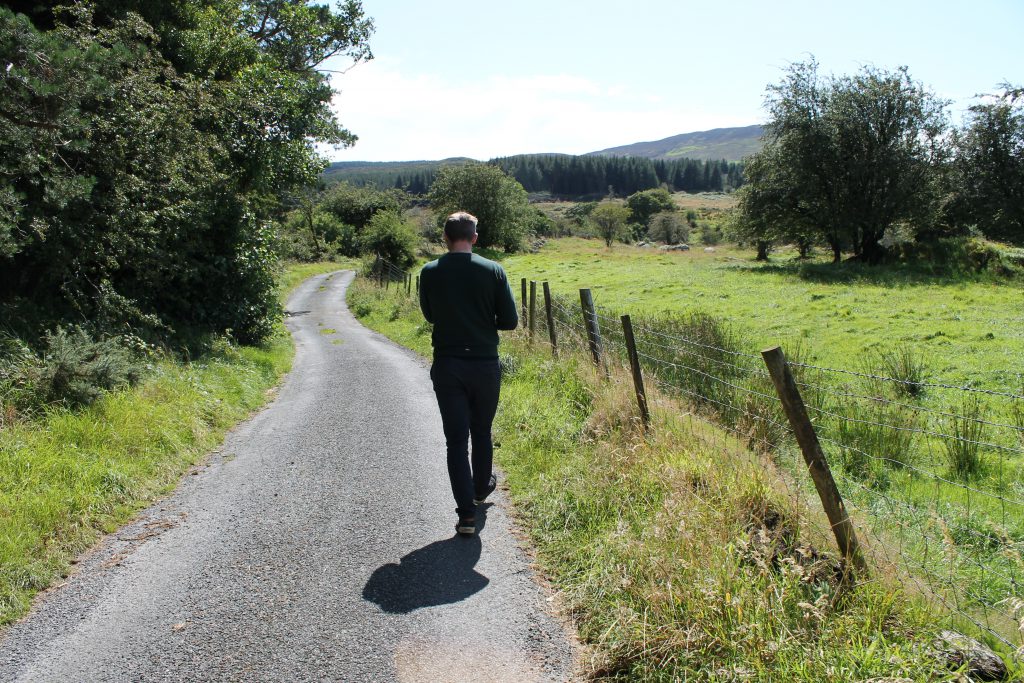 “We want to persuade people to join with us in building an Ireland for all. We are working closely on our new partnership with Fianna Fáil and our new All-Ireland dimension is very inclusive and positive.

“Although we’re on the brink of Brexit at the border, we travel resolutely in the hope of harmony as we work towards unity on this island and the creation of a prosperous shared home place,” he concluded.