The previous Katana 65 could muster a slightly lower (rated) output of 625hp.

Muscle is still supplied by a six-cylinder MTU (in-line) engine, albeit now compliant with Stage V emissions regulations. Moreover, a 'variable' fan (with a reverse function) is now fitted as standard. It can control air-flow by adjusting the angle of each blade.

At the front-end of the machine, Fendt says that crop-flow capacity has been increased by up to 21%. From in-feed to chute flap, the manufacturer says that the machine has undergone a "complete re-design of the crop-flow to suit the new kernel processor [corn cracker]".

The company claims that the Katana 650 uses 12% less fuel (when using the kernel processor) than the previous model.

The harvester has a new sharpening system that "continuously adjusts and re-stores the 'stone' during grinding". As a result, claims Fendt, the 'stone' and knives last longer. 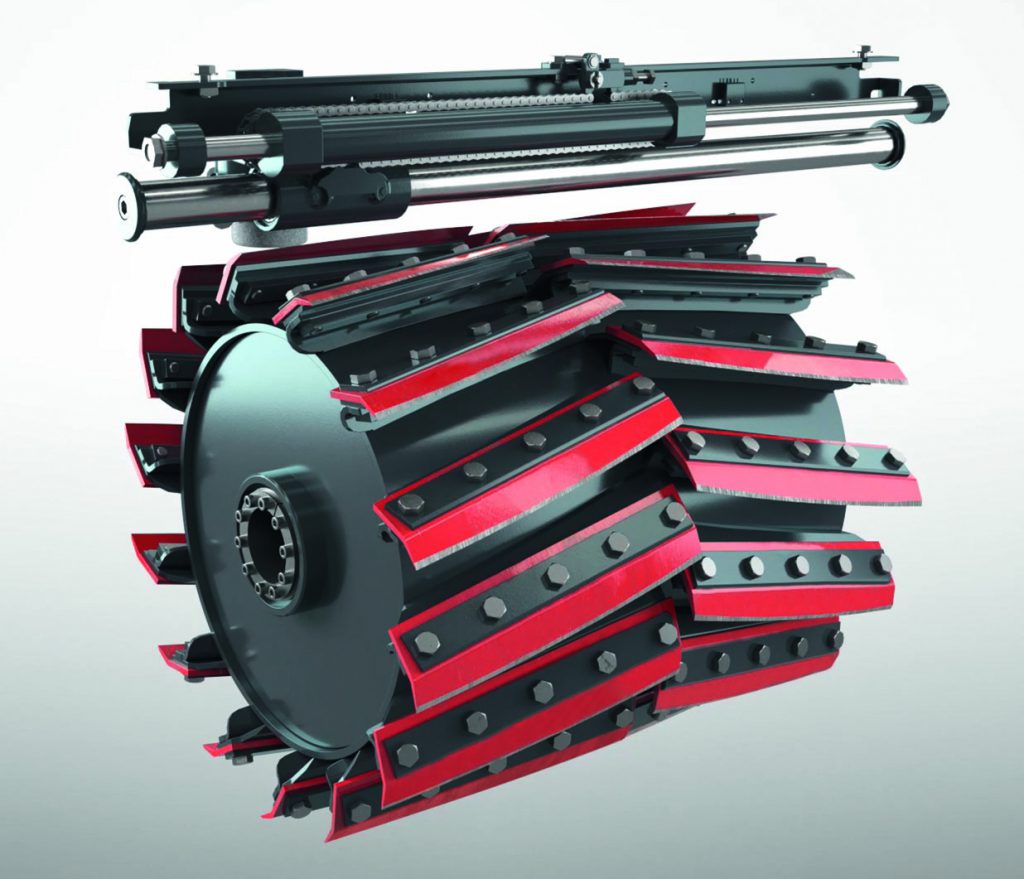 The new Katana 650 also comes with either of two new kernel processors. These new crackers are designed to "expand the chop-length up to 30mm". The processing area has been enlarged, with a 300mm-diameter roller.

The two crackers differ; for example, one has an additional V-helical groove. With either, Fendt says that the latest Katana soaks up less power and, consequently, less diesel.

Most notably, all models in the new 900 Vario series are fitted with “all-new”, six-cylinder (9.0L) MAN engines, which were apparently “designed for Fendt”. The existing (previous) 900 Vario models are powered by Deutz engines.