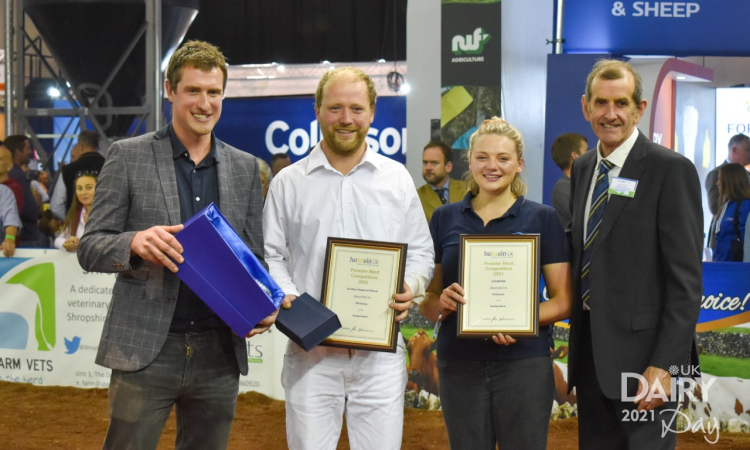 The Holstein UK Premier Herd awards have concluded, with first place this year going to the Davlea herd from the South West.

Ian Davies and his son Max run the 140-head Davlea herd in Somerset on around 300ac of both rented and owned land. The herd are all year-round calving and have access to grazing during the summer months, with total mixed ration available consistently.

There are currently 60 EX and 80 VG animals in the herd and the Davies’ have seen great success on the show circuit and in previous herd competitions. A major highlight for the herd was winning the National Holstein Show at UK Dairy Day in 2018 with Davlea Bradnick Alicia, as well as taking home the Premier Breeder and Premier Exhibitor titles.

“The winning herd was phenomenal,” he said.

They were very much my type of cows, with a stamp of high class udders, balanced dairy frames and great feet and legs throughout with lots of outstanding individuals too.”

“I would like to congratulate the Davies family on this extraordinary achievement. With such a distinguished group of national finalists, the competition sees some of the UK’s best herd judged against each other.

“Davlea have seen great success in the show ring and it’s fantastic for them to receive the Premier Herd title which cements their commitment to breeding quality, purposeful animals.”

The Holstein UK Premier Herd awards aim to recognise the most outstanding Holstein herds in the UK, with the winners announced this year at UK Dairy Day on Wednesday, September 15.

Each individual Holstein UK club presents a winning herd, which goes on to compete against a neighbouring club to become one of the seven regional winners and finalists of the competition.

The seven regional winners are as follows:

“Congratulations must also go to the Stardale herd who were awarded the Reserve Champion title and the Simlahill herd who were recognised as Honourable Mention,” Smale added.

“I would also like to thank 2019 winner David Wright who has taken the time to visit all of the regional finalists in order to determine the 2021 national winner.”

Holstein UK, an independent breed society, was formed in 1999 and registers all pedigree Holstein and British Friesian cattle in the UK. Today, the society has around 4,500 members and registers almost 200,000 cattle each year.

The charity is also the parent of two subsidiary companies – the Cattle Information Service (CIS)  and the National Bovine Data Centre (NBDC) – and is an organiser of UK Dairy Day, an annual trade event for the dairy industry. 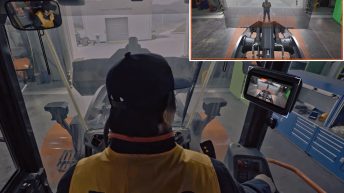