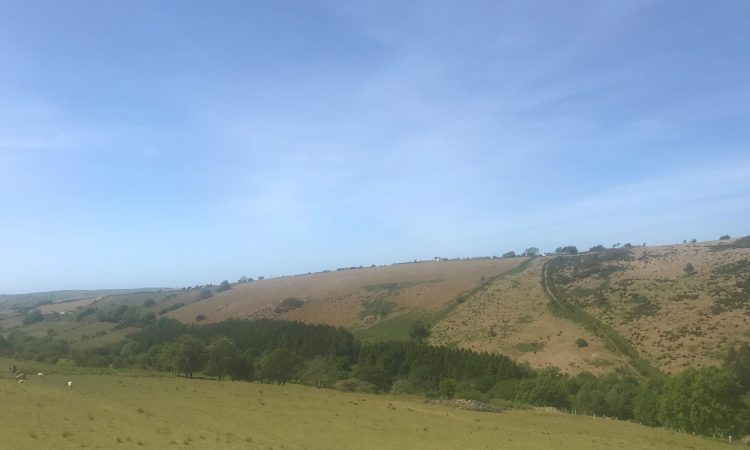 With parched fields now a common sight across the countryside, extremely dry weather over the past two months is starting to have a major effect on farms.

As sheep and beef cattle in the UK are reared in a non-intensive way, mostly using natural grass rather than artificial feed, figures have been highlighted which illustrate the dry weather’s impact on grass growth.

GrassCheckGB aims to improve grassland productivity and pasture utilisation on 50 beef, sheep and dairy farms across Britain, including nine beef and sheep farms and five dairy farms in Wales.

Soil moisture readings have been extremely low across the UK according to the data measured by the weather stations.

This week’s average recording for farms in Wales is 146 centibars (cb), Scotland is 72.5cb, while the north and south of England is 151cb and 119cb respectively. A reading of higher than 60cb has the potential to restrict growth.

Similarly, in northern England, there was an increase in grass growth by 3% to 42.3kg/DM/ha. However, in the south, there was no such increase, with grass growth marginally decreasing to 45.7kg/DM/ha.

In comparison to the 2019 figures, it becomes apparent the lack of rainfall has had significant effect. Grass growth for farms across Wales this time last year was 77kg/DM/ha which was accompanied by an average soil moisture reading of 79.9cb.

“In such dry conditions grass growth is slowing, therefore it is important to avoid over-grazing to prevent regrowth slowing even further,” said Nia Davies, HCC research and development officer.

Where grass supply is short it may be necessary to add buffer feeds, graze silage ground or give additional concentrates to stock at grass.

“It is advised to keep a close eye on local weather forecasts and measure grass growth more regularly now to get a clear picture of how pasture is being impacted by the current conditions.”

HCC’s Stoc+ project has looked further into the animal health effects of the prolonged dry period.

Lowri Williams, HCC flock and herd health officer, explained: “Poor grazing and short grass can be associated with a higher worm burden due to lambs grazing earlier if their dams’ milk supply is reduced and due to higher levels of infection on short grass.

Infective worm larvae climb up the grass but more of them are concentrated nearer the soil. In prolonged, hot, and dry conditions worm eggs are less likely to hatch so the risk can be lower but there is often a mass hatch after rain with a high risk of worm infestations.

“It is important to take additional measures and consider issues such as trace element deficiencies in prolonged dry weather periods.

“If you have had problems in the past, you suspect deficiencies, or are unsure, farmers should consider consulting their vet to discuss monitoring and testing,” Williams concluded. 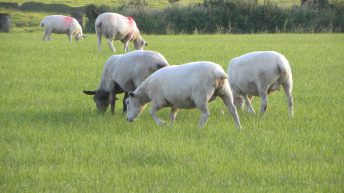