The UK Government has admitted that so-called ‘imported emissions' have significantly increased the environmental impact of the UK economy - with imports adding a further 250 million tonnes on to the UK's carbon emissions.

It comes amid concern that more stringent environmental controls on British agriculture (without subsidies to cover the higher production costs) will only result in more reliance on imports produced overseas to lower environmental standards.

The report published today (October 21), by the Office of National Statistics showed that across all sectors, the UK's directly-produced carbon emissions peaked in 1972 before they began to fall.

However, once imported emissions – such as those produced when products that are manufactured abroad and imported – are taken into account, it highlighted UK emissions actually kept rising for a further 35 years, only peaking in 2007.

Emissions produced directly by the UK declined as the result of a combination of environmental policies and a shift of the UK economy from more carbon-intensive manufacturing to less carbon-intensive service-based industries.

However, in many cases, instead of replacing domestically-manufactured goods with more sustainable alternatives, they are simply being manufactured elsewhere and imported to the UK.

The analysis also revealed electricity, gas, steam and air conditioning supply is currently the biggest contributor to the UK's total carbon emissions. However, the sector has experienced a noteworthy decline in its carbon intensity.

By contrast, UK agricultural sector carbon emissions have remained consistently low over the last 17 years despite increases in productivity. 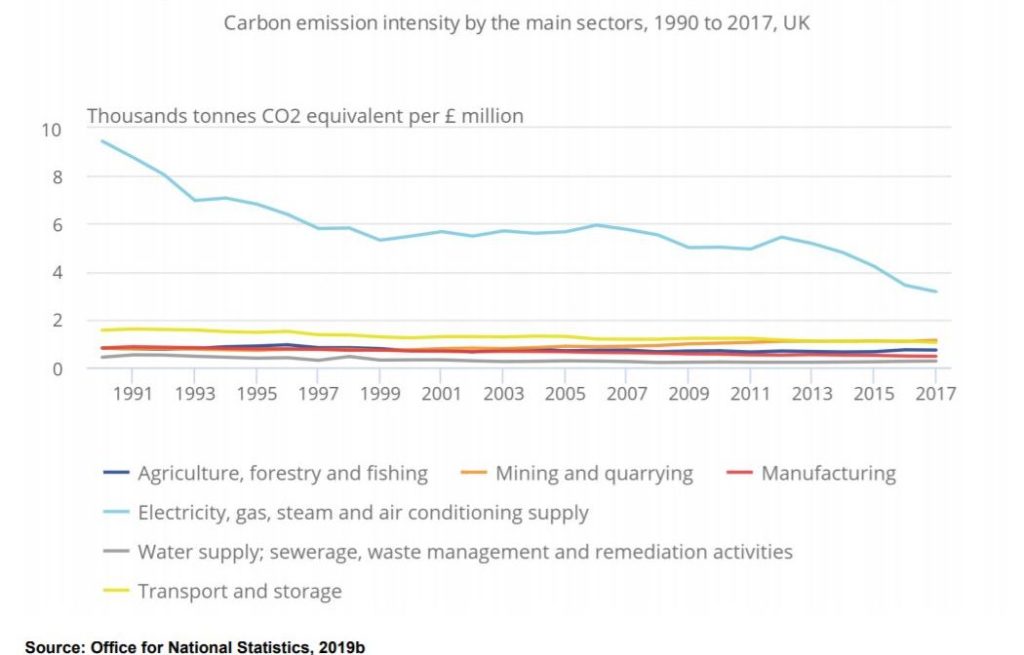 Commenting on the figures, Office of National Statistics senior economist Amina Syed said: “While directly-produced UK emissions have been falling for many years, once you take account of the UK importing products from abroad, the picture doesn’t look quite so positive.

However, UK-based firms, particularly those in the transport and energy sectors, have made big strides in recent years in reducing their carbon footprints.

The sudden expansion and globalisation of world economies has resulted in service-focused countries and regions creating indirect emissions through outsourcing of manufacturing products to countries with lower labour costs. Hence, carbon dioxide (CO2) emissions embodied in international trade have become an essential factor in the measurement of global carbon emission responsibility.

Different approaches can be taken to measure and account for carbon emissions such as Territorial (domestic), Residency and Consumption basis. 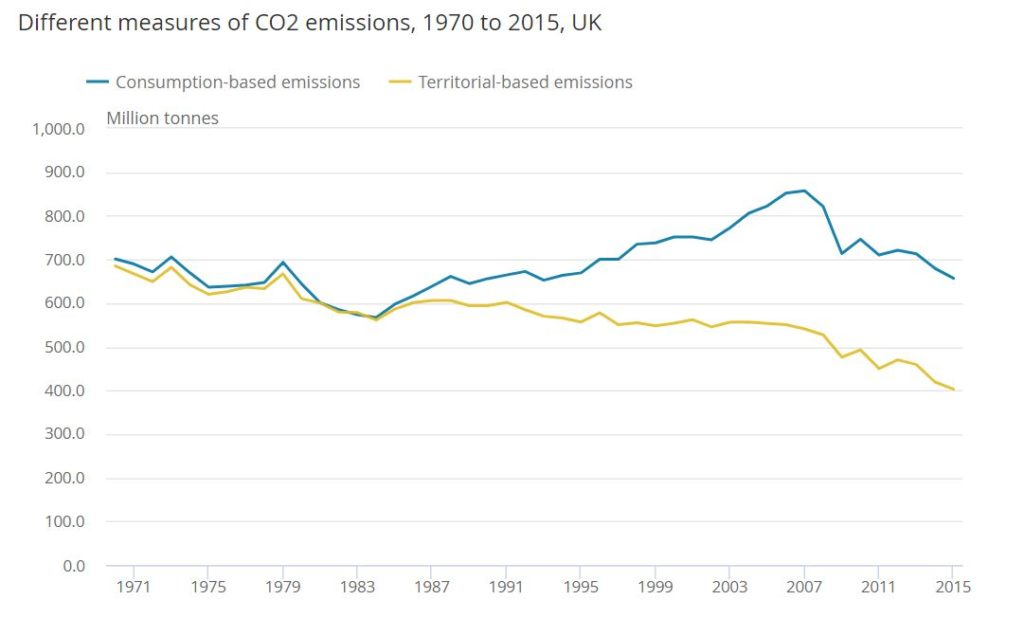 Countries such as the UK, USA and Japan were among the biggest carbon emission exporters while China, Russia and India were importing the emissions of other countries due to their manufacturing industries.

In the UK, the biggest source of these emissions was found to be China, followed by the EU. 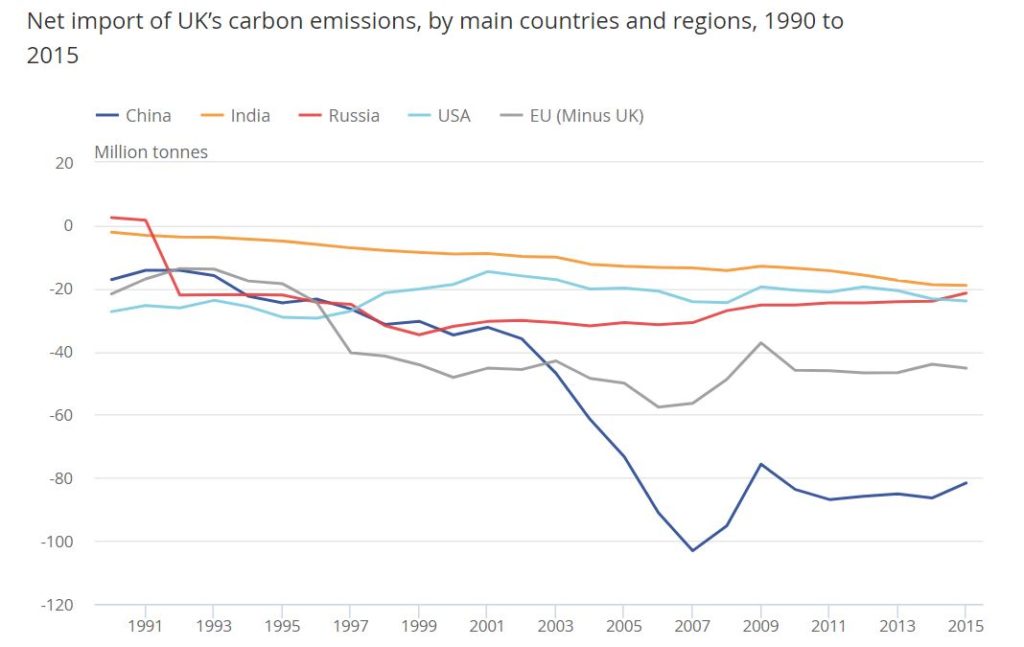 The UK’s net import of CO2 emissions from Europe in 2007 was around 63 million tonnes, but this fell to 32 million tonnes in 2009 - a sharp fall which analysts attribute to the Kyoto Protocol.

Under the protocol, countries pledged to reduce their emissions from 2008 to 2012, thus the European Union also follows the same trend. Environmental awareness, political appetite and policy focus all suggest that in the last 10 years the UK has made a genuine effort to cut carbon emissions.

Sheep farmers urged to speak up against 'fake news'