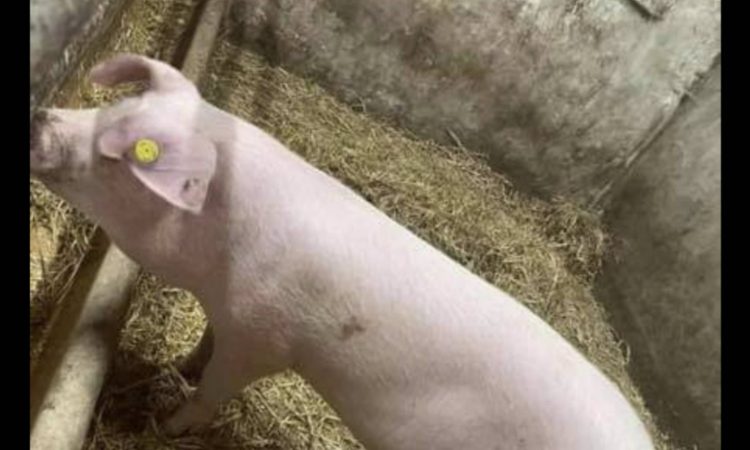 Information has been sought in relation to a pig that was involved in a road traffic collision in Co. Down last week – with its owner unable to find the animal since, according to police.

The road incident involving the pig happened in the Saintfield area of Co. Down on Sunday, June 27, according to local members of the Police Service of Northern Ireland (PSNI).

In an appeal for information on the animal, PSNI officers based in the Newry, Mourne and Down region said:

“Do you live in the Saintfield area? Have you seen this pig?

It was involved in a road traffic collision on the Station Road on Sunday, June 27. The owner has been unable to locate it since.

“Please ring 101 and ask for Constable Cushley Downpatrick if you have any information,” the police statement said.

Further details on the incident are not available at this time.

On a separate rural-related note, PSNI officers in Derry provided an update in relation to the successful apprehension of a suspect involved in the burglary of a rural premises in western Co. Tyrone.

“A number of months ago a burglary occurred at a rural location in Shanaghy Road, Killeter,” a PSNI update said.

Several thousand pounds worth of equipment was stolen – but thankfully one of the suspects left us a fingerprint. Following forensic analysis a suspect was identified, arrested and brought before the courts a few weeks ago.

“As a result he will spend the next nine months in prison,” the PSNI statement said.