Inside a 4,600 head beef-finishing operation in the UK

Over the years, AgriLand has had the opportunity to visit some very impressive beef operations - both on a national and international level.

Another farm to add to that ever-growing list is one the StraightLine beef finishing unit in the UK, which forms an integrated supply chain founded by former vet surgeon, Rob Drysdale.

From there, the business has grown year-on-year, with over 2,000 head of cattle involved in 2018. Today, there are approximately 4,600 head of cattle - spread across a number of calf rearing and finishing units.

The participants of the Teagasc Green Acres Calf to Beef Programme visited the unit while on a study tour in the UK recently.

On the day, we spoke with Steven Barbour, the unit's manager and Bryan Robinson, the procurement and operations manager, across the many sites involved. 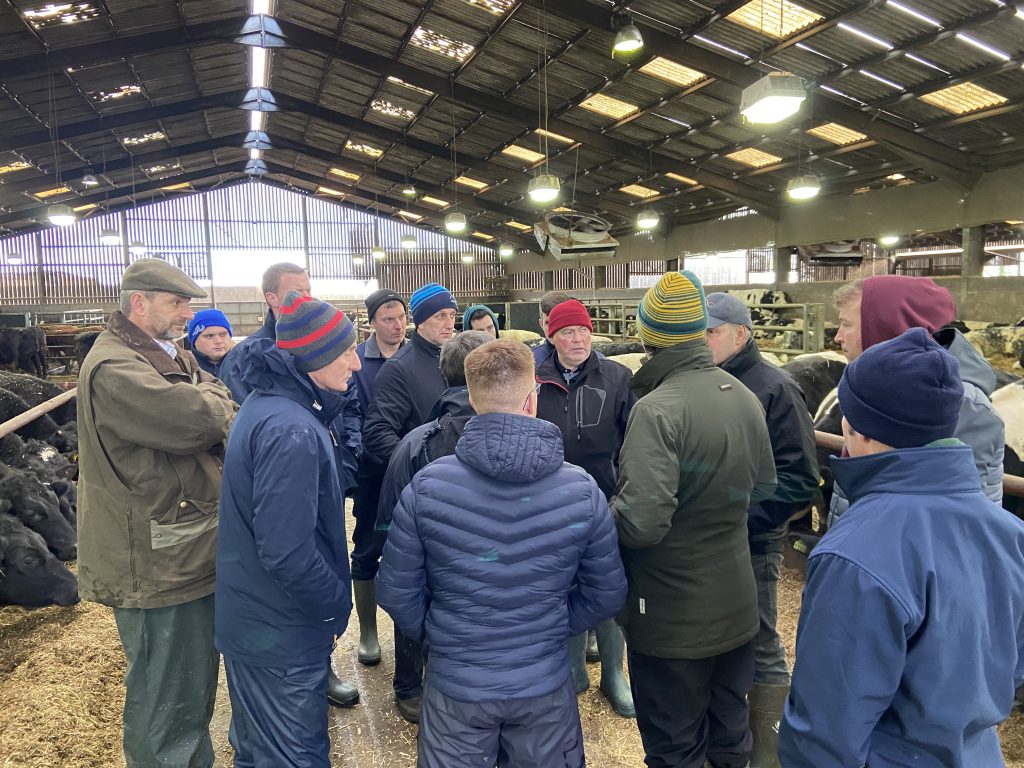 Across all the units, 50% of the cattle are bulls, and the remaining 50% are made up of steers and heifers, with heifers taking the higher percentage. The business is modelled on providing an outlet for dairy-bred bull calves.

This particular unit is currently home to 1,600 head of heifers, steers and bulls and is surrounded by approximately 800ac of grazing and silage ground, which plays a key role in the diets of the steers and heifers finished here.

Calves arrive onto rearing units, direct from dairy farms, at least 14 days-of-age and weighing a minimum of 40kg; the rearing unit for this particular farm is located a short distance away, where they are vaccinated against pneumonia and IBR.

In terms of target weights, Bryan noted that these animals should weigh 170kg at 100 days - considering a birth weight of 40kg and a growth rate of 1.3kg/day; these calves should then weigh approximately 250-280kg when they arrive for the next production stage.

Once this performance has been achieved, bulls will be housed and pushed on further; however, if this 1.3kg/day was not achieved, these bulls will be castrated and returned to grass - alongside the heifers - until they reach approximately 450kg.

They will then be housed and finished for approximately 90 days.

"What I really like is farms where I can rear, grow and finish, and I have a couple of these units. Every time we move an animal it could take £10 off the bottom line," Bryan said. 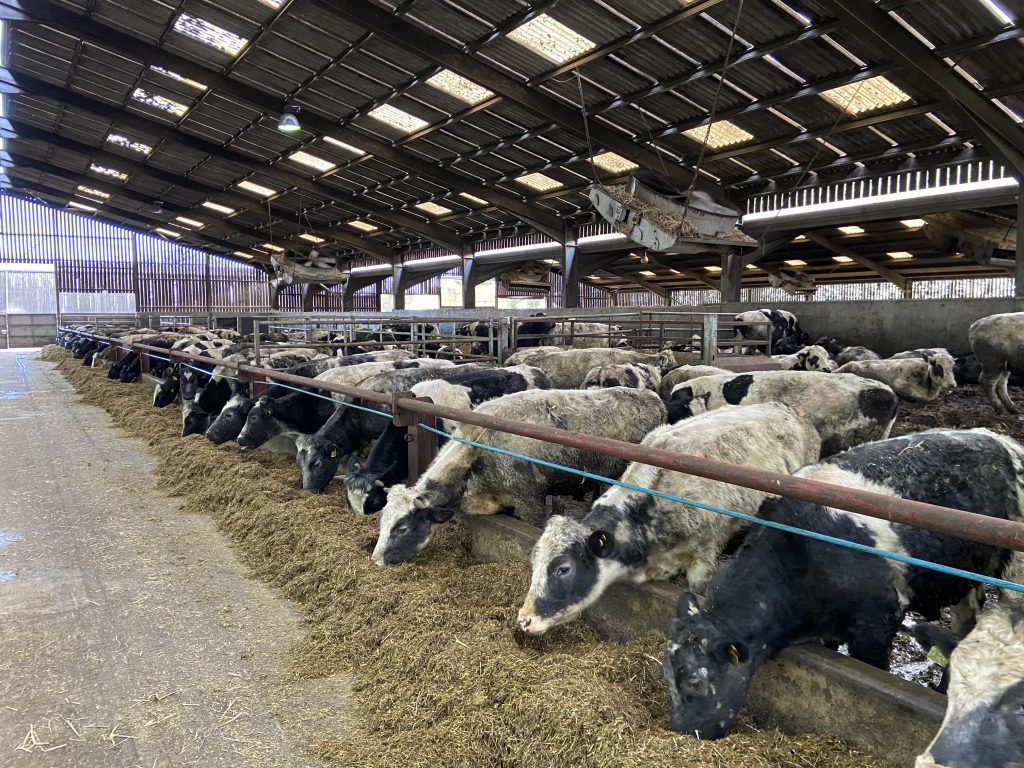 "If we can look at moving an animal one less time in its life, that £10 will be in our bank account. If you move bulls, in particular those weighing past 320kg, they get stressed with the move, the new environment and the change of diet - even if you are feeding the same.

"As a rule of thumb, once a bull gets to 280kg, they will have to stay on that unit until processing," Bryan added.

Bulls on the unit are aimed to be finished at 10-14 months, with a carcass weight of average 250kg. If a bull is not going to make the required weight by 14 months, that is assessed in the first two-to-four months and castration takes place.

In total, there are four other finishing units sending cattle to processing plants fortnightly - aiming for a 400-head target each month.

The sheds on the farm are equipped with fans - which monitor temperature and humidity - and are controlled by a nearby control panel; the purpose of these sizeable units - which operate 24/7 - is to keep the sheds well ventilated. 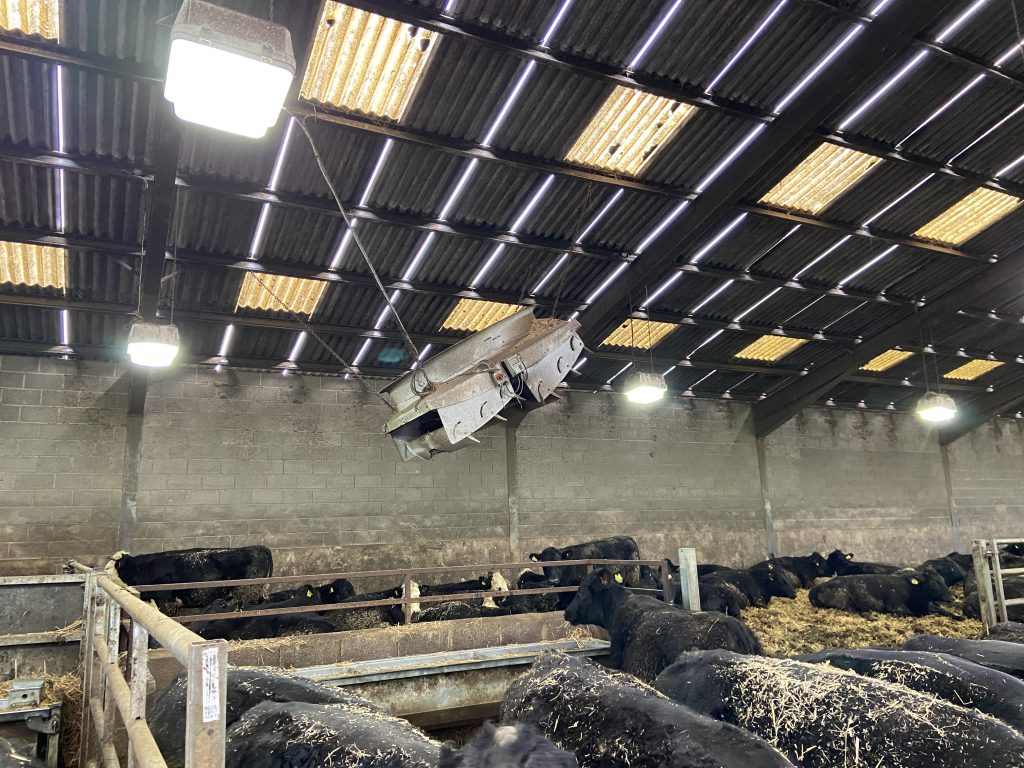 Additionally, daylight-replicating lights are also located throughout the buildings which - as their name suggests - replicate summer light. This, Bryan says, increases food intake resulting in better growth rates and an earlier finish.

A trail - in relation to the lights - was carried out on the holding, which indicated that bulls were consuming an extra 1kg of dry matter (DM)/day, compared to animals fed without daylight-replicating lights.

At the time of the visit, steers and heifers were being drafted for processing. Anything weighing 480-500kg are suitable, aiming for a 240kg carcass at 15-16 months-of-age.

As you can imagine, feeding such a high number of cattle - on several different diets - would be a time-consuming task. However, there is plenty of help in the form of a self-propelled Keenan diet feeder and a Lely Juno, which keeps the feed 'pushed up' to the cattle.

There are three different mixes on the farm, with traditional breeds receiving a more forage-based diet (grass silage, wholecrop silage and minerals), while Friesian bulls are fed a more cereal-based diet and straw, with diets tailored to specific animals - no soya or GMO products are fed to cattle.

All three mixes are fed with the Keenan machine, which has to fill nine times/day.

"The diets are all programmed and the accuracy is phenomenal," Steven commented. 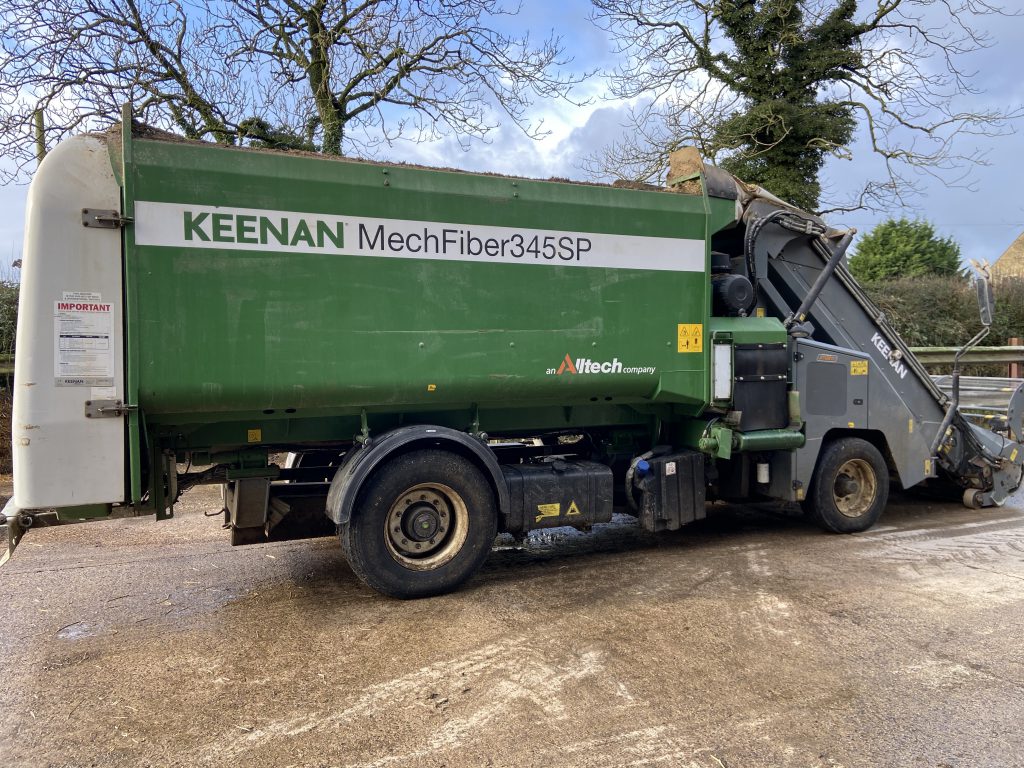 Like a lot of the other farms we visited as part of the tour, the cattle were bedded on straw and no slats or tanks were installed.

Weighing is a vitally important job on the unit and it takes place every Monday to monitor performance. 'Farmwizard' - an on-farm management system - is used to record all weights, withdrawal periods and slaughter dates, etc.

Due to weather and grazing conditions, a number of store cattle - that would normally be out-wintered - were housed on the farm. Bryan noted that 80% of these will return to grazing - aiming for a March 1 turnout date.

While grazing, cattle are run in 150-head mobs, strip grazing paddocks for three days before being moved on. Once they reach 400-450kg, they will be housed for finishing (90 days). 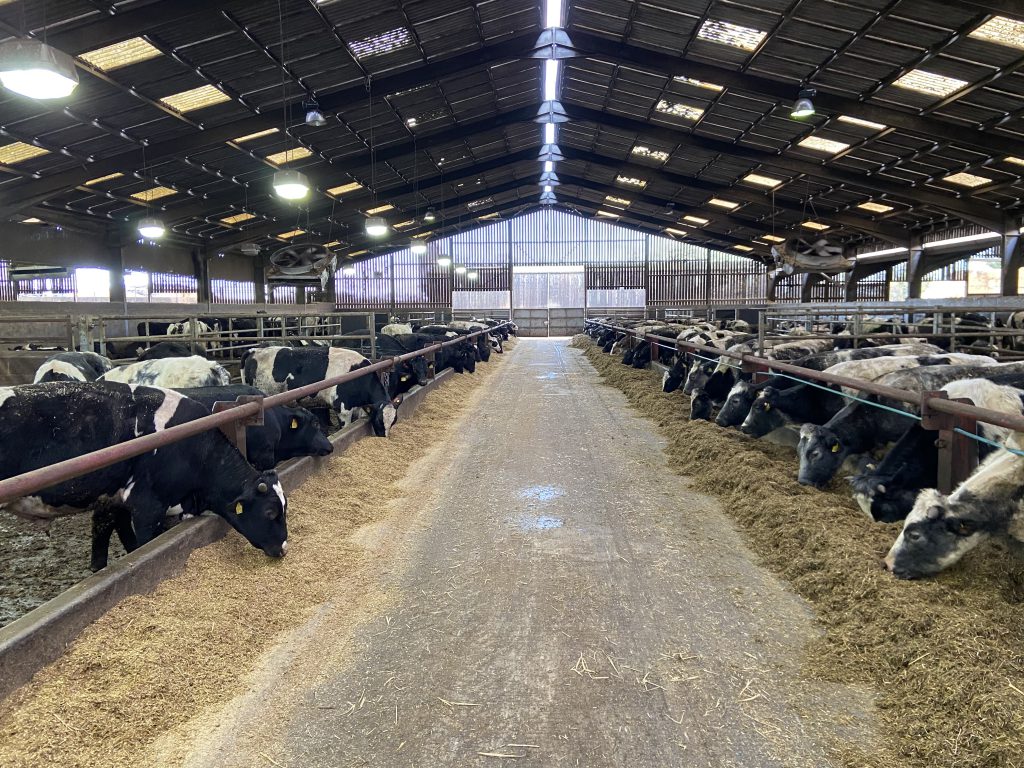