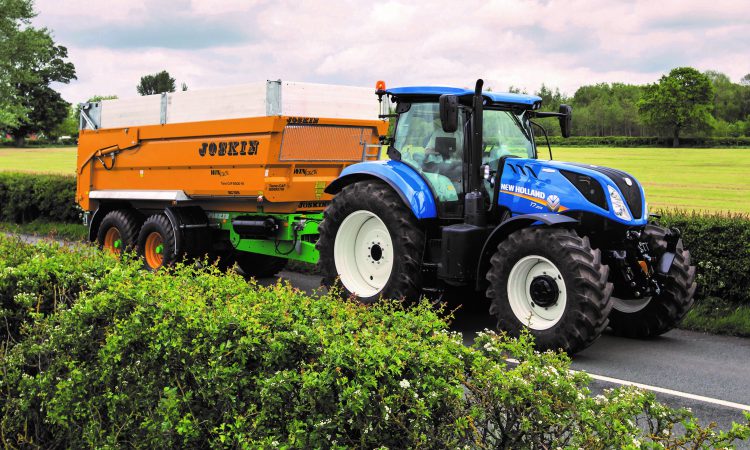 This innovation is designed to “enhance stability under deceleration with a trailer, particularly on low-friction surfaces”.

A spokesperson explained: “The system ensures that the deceleration rate of the tractor and its trailer are aligned when the driver reduces the tractor’s speed by using just the transmission, without applying the service brakes. 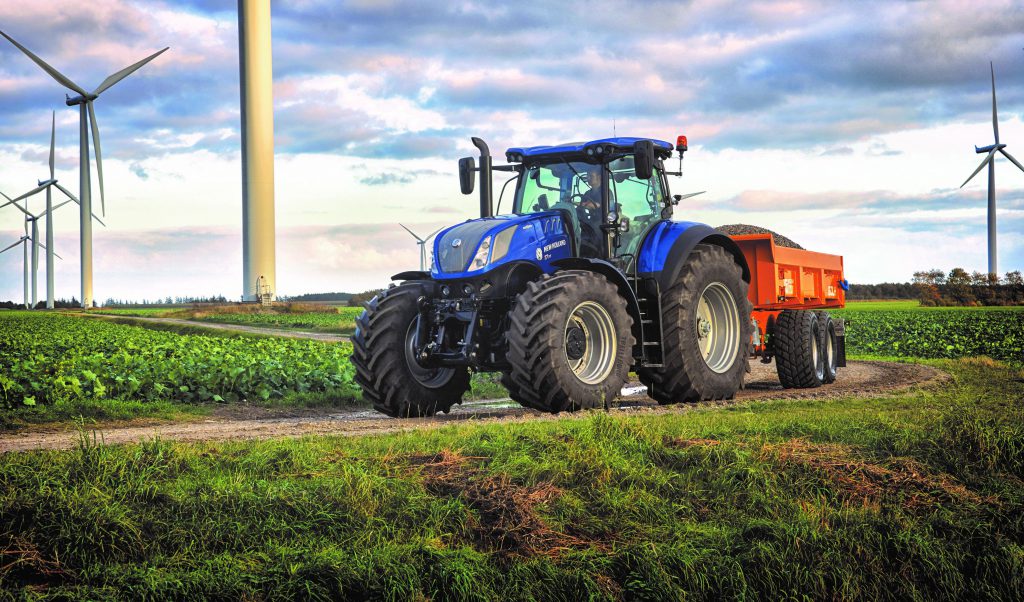 “Typically when a tractor and trailer are slowed by just the transmission and engine braking alone, the momentum of the trailer will push against the tractor.

“This pushing force can cause instability, which may increase the potential risk of a jack-knife situation – especially on steep gradients or low-friction surfaces [such as icy roads or damp grassland].”

The so-called Intelligent Trailer Braking System senses the reduction in the tractor’s speed and calculates the deceleration force using a torque sensor within the transmission. 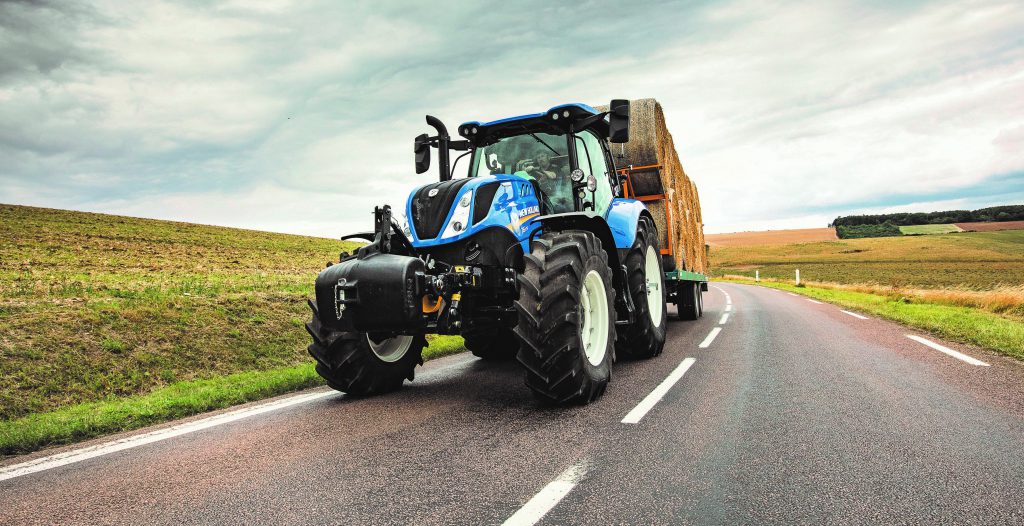 This automated braking then “prevents the tractor from being pushed by the trailer”. New Holland says that no modifications are required for the trailed equipment.

New Holland also says that the “controlled and harmonised” braking force, between the tractor and the trailer, delivered by the system also means that the stopping distance of the tractor and trailer is virtually the same as that of the tractor alone (even though the driver’s only input has been to reduce the speed using the transmission).

This new option is in addition to a list of brake-related features already available on New Holland tractors, including an “enhanced” exhaust brake and ABS system.