Investigation launched after 600 bales go up in smoke in UK 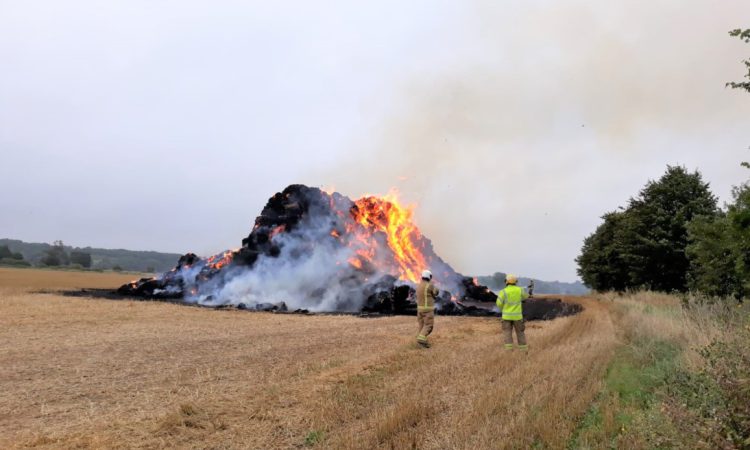 An investigation has been launched by local authorities after some 600 bales of straw were destroyed in a fire in the UK earlier this week.

The incident occurred in Northamptonshire, England, on Tuesday (August 31).

Owner of the straw, Sundown Products, took to social media to urge vigilance when dealing with straw, stating:

The Northamptonshire fire service sent crews from Thrapston, Kettering and Rushden to fight the fire and put it out safely.

“We are very grateful that nobody was hurt, but the loss of 600 bales is frustrating, especially as our team worked very hard to bale it last week,” the company said.

We were called to reports of a straw fire at a farm just south of the A14 near Thrapston at 7.20am today.

Crews from Thrapston, Kettering and Rushden all attended and helped to contain the spread of fire and dampen down the scene.

Cause is being investigated. pic.twitter.com/H3Ixo6H3N3

“The stack was due to be moved very soon because it was visible from a major road and close to footpaths,” the farming firm said.

The group noted that the straw only represents between a day and a half and two day’s worth of straw for its production facility so its bedding products will not be affected.

“We are awaiting the results of an investigation into the cause of the fire, but we all know that straw stacks are a magnet for people who like to start fires and rural crime is a real issue at the moment.