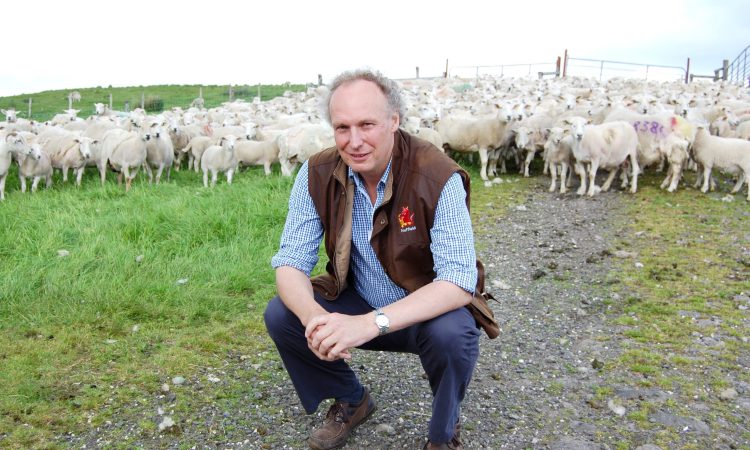 They will be joined by 30 ewes from the same flock with the intention of producing high quality embryos for the New Zealand market.

The embryos will be exported from the UK to the southern hemisphere once all relevant health checks have been carried out.

“The rams left the farm last Thursday evening. Their purchase is the first of its kind by Farmgene.

There is a growing demand for Easy Care sheep in New Zealand. As is the case here, it is becoming harder to secure the staff required to run farming businesses efficiently in that country.

“So any development that can help reduce labour input while, at the same time, retaining the quality of the output generated by a farming business, will be actively considered in New Zealand. The same story is also unfolding in Australia,” he added.

Tweed’s Ballycoose farm is home to approximately 3,000 Easy Care ewes. There are an additional 300 Wiltshire Horn females, which are used for cross breeding purposes.

All the sheep on the farm are self shedding, from a wool point of view. The ewes lamb outdoors during the months of April and May.

“Ease of management is the key driver of the business,” Tweed explained.

“But improving the efficiency of the Ballycoose flock as a whole is equally important.”

All of the sheep at Ballycoose Farm are performance recorded. Signet is used in the UK with Sheep Ireland also involved.

This year has also seen all of the rams genotyped by Sheep Ireland in order to genetically determine their parentage. The results of this work have been very positive.

Tweed confirmed that his ongoing commitment to flock recording helped seal the deal with Farmgene.

They knew exactly what they were buying from a performance point of view,” he stressed.

According to the Co. Antrim breeder, demand for Easy Care sheep continues to strengthen across the island of Ireland.

He commented: “In my own case, the number of sheep producers seeking replacement Easy Care females just keeps on rising.”

Looking ahead, Campbell Tweed believes that the Irish sheep sector can look forward to a very sustainable future.

“Demand for sheep meat has never been stronger in New Zealand and Australia. What’s more this trend is likely to be maintained into the future.

The same principle holds for Europe. The entire island of Ireland has direct access to Europe with lamb. This is not the case where sheep producers in the south of England are concerned.

“On this basis alone, the prospects for Irish sheep production are extremely strong,” he concluded.