Is Bayer preparing to buy Monsanto? 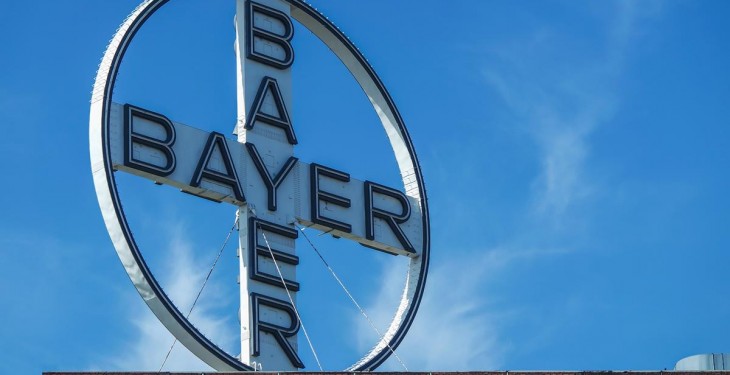 German multinational chemical and pharmaceutical company Bayer may buy US-agribusiness giant Monsanto for more than $40 billion, according to the Financial Times.

In what would be the latest consolidation of multi-billion global agrichemical companies, the potential consolidation follows Monsanto’s unsuccessful attempt to acquire its Swiss rival, Syngenta, last August.

It is reported that in recent weeks Bayer and its financial advisers have been studying how any combined company might be potentially structured.

However, it remains unclear whether Monsanto and Bayer have held any formal talks.

A Bayer-Monsanto deal would create the world’s biggest supplier of seeds and agrichemicals.

Monsanto is the world’s largest seed maker, as well as producing the “blockbuster herbicide” Roundup.

It is reported that any such consolidated company would control about 32% of the global crop-chemicals market.

However, there are concerns that such a consolidation would endure a number of obstacles, such as from competition and regulatory authorities.

According to Bloomberg, Bayer’s possible takeover of the St Louis-based company could intensify global scrutiny of the handful of multi-billion dollar agrichemical companies also looking at consolidating.

This includes the proposed $130 billion merger between Dow Chemical and DuPont announced in December, as well as the China National Chemical Corp.’s bid to acquire Syngenta for $43 billion.

“The cascade of deals is likely to trouble regulators,” said Erik Gordon, a professor at University of Michigan’s Ross School of Business, is reported as saying.

For the quarter ending March 31, Bayer’s earnings before interest, taxes, depreciation and amortisation (excluding some costs) rose 16% to €3.40 billion, while net income grew 13.3% to €1.5m.

The Crop Science division outperformed the prior-year first quarter by 1.2% to €3.0m.

In regional terms, its Crop Science business decreased 2.2% in Europe, but grew 3.8% in North America.

Its sale of fungicides increased almost 3%. However, insecticide sales were down 12.2%.