Home » Machinery » Is this the ultimate spreader?

Is this the ultimate spreader? 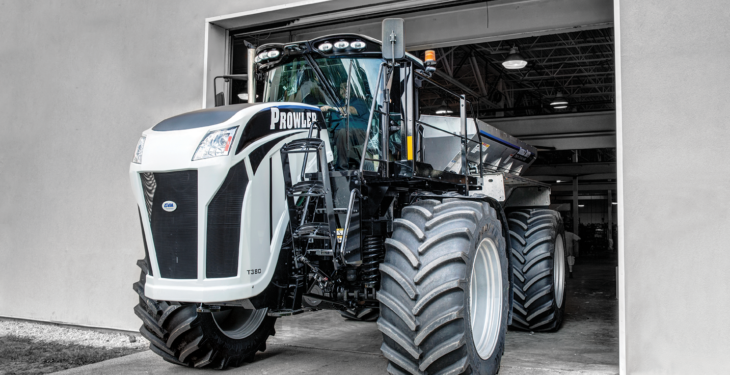 Though of little practical relevance to us here in Ireland, the GVM T380 Prowler certainly does have presence.

This self-propelled spreader is a US-built machine; it showcases where high-capacity spreading technology is these days.

The vehicle, depending on how it’s configured, can carry either a 12t hopper (for granular fertiliser or lime) or a 1,800-gallon sprayer (for a liquid payload).

The fully mechanical, all-wheel-drive chassis boasts near-equal weight distribution. Coupled with its wide tyres, the Prowler is claimed to offer up to 64% more flotation than other, comparable self-propelled ‘applicators’.

A 380hp Cummins QSL9 engine provides the necessary muscle; it is mated to an 11-speed Funk DF250 powershift transmission.

The drive-line is also home to a torque converter – with lock-up and a self-locking, inter-axle differential.

Four-wheel steer is optional; so too are adjustable axles.

Up top, there’s an air-ride cab, which is home to an air-suspended seat. The chassis incorporates variable coil-spring suspension. All told, operators should enjoy a reasonable degree of comfort aloft this imposing contraption.

An in-cab, 7in monitor displays machine diagnostics and gauges – including engine, transmission, hydraulic and electrical data (including all CAN messages). The status of all fuses can also be viewed on this screen.

The ‘sprayer’ variant comes with steel booms that span up to 90ft (27m); aluminium booms are available up to 120ft.

Who or what is GVM?

GVM is a manufacturer of agricultural application and snow equipment. Its machines are sold to farmers, custom applicators (contractors), government agencies and – in the case of snow-related equipment – airports.

It’s a family-owned company, with roots in agriculture. The firm originated from Andgrow in Pennsylvania (US). Andgrow was a fertiliser dealership, founded in 1975 by Jack Anderson.

Shortly after its foundation, Anderson decided that he wanted to be able to offer his employees year-round, full-time employment, so he began manufacturing foam markers in the ‘off-season’.

In 1977, Andgrow became GVM Inc – adopting the trading name that the company has to this day. 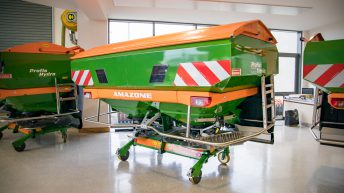